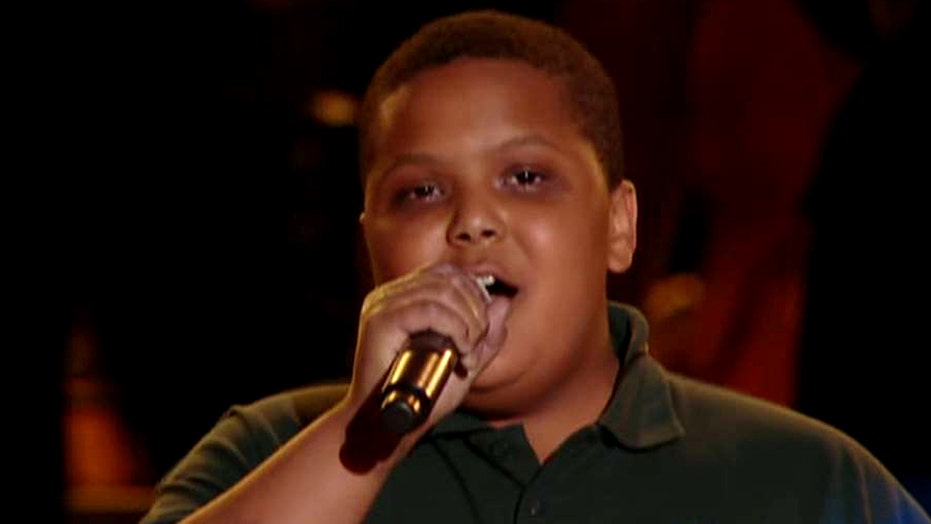 A 14-year-old singing sensation blew the crowd away with an amazing a capella performance for Pope Francis at the Festival of Families in Philadelphia.

The singer, Bobby Hill, and Steve Fisher, the founder of The Keystone State Boychoir, joined "Fox and Friends" this morning to reflect on the moment.

Fisher said the show's producers asked him if the choir could fill an extra 60 seconds, so he instantly knew that he'd ask Bobby to sing Pie Jesu, by Andrew Lloyd Webber, with no accompaniment.

"I said, 'I got something better, I got a choir of one. And they looked at me, and I said, 'Trust me, it's gonna be a wonderful moment,'" said Fisher, explaining that Bobby - an aspiring opera singer - sang for Andrea Bocelli during the rehearsal.

Bobby said he had performed the song with his choir a few times before, though he had only five minutes' notice.

After he finished, he walked over to Pope Francis and presented him with a special gift: a rock that the choir brought back from a trip to Antarctica.

Check out the video and interview above.