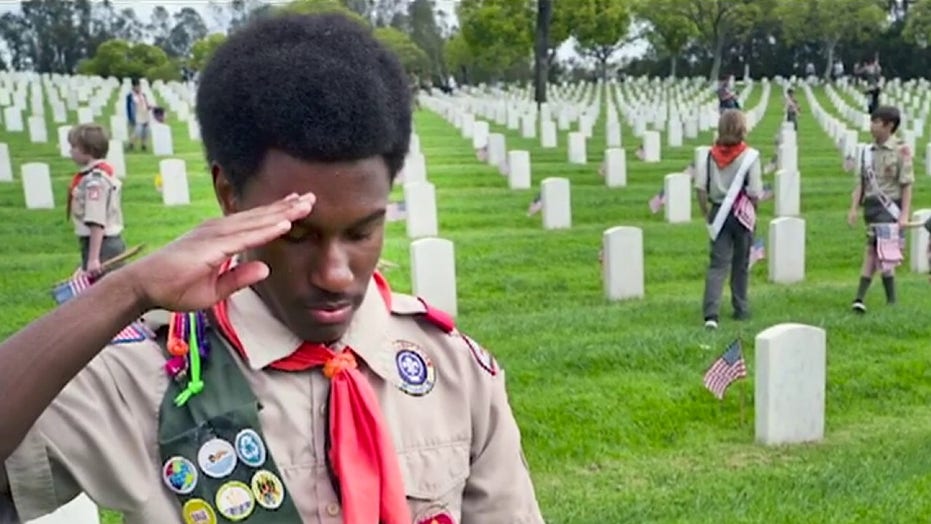 Calls for the V.A. to permit the traditional mass placement of flags at military cemeteries.

A longtime Memorial Day weekend tradition to honor veterans is now canceled due to the coronavirus pandemic, but there are persisting calls to bring it back.

For decades, the Boy Scouts, Girl Scouts and other groups have devoted part of the holiday to place small American flags at the graves of veterans and those who have given the ultimate sacrifice as a way to honor our country's war heroes.

Yet this year the Department of Veteran's Affairs has prohibited public events at the sites because of COVID-19. The Boy Scouts and other groups have been barred from carrying out the mass flag placements.

On Long Island, N.Y., where more than 500,000 veterans are buried at two national military cemeteries, there are demands for the VA to reconsider and rescind the ban.

"If we can't figure out a way to make sure we are placing flags at their graves to honor them, then something is seriously wrong," said Suffolk County executive Steve Bellone, whose county includes the sprawling Calverton and Long Island National Cemeteries, which hold more veterans than any other military cemetery in the nation, including Arlington National Cemetery.

An Old Guard takes part in "Flags-In", an annual event where a small American flag is placed in front of more than 240,000 headstones of U.S. service members buried at Arlington National Cemetery in Arlington, Virginia, U.S., May 23, 2019. (REUTERS/Kevin Lamarque)

Bellone is confident that officials can carry out a plan that would keep the Scouts safe.

"What we're asking the VA to do is, rather than have a blanket policy across the country, allow the national cemeteries at the local level, to make this determination in conjunction with the local health department,” he told Fox News. “We will take the responsibility to say that this flag placement plan meets the state and national guidelines but give us that opportunity to do it, allow us to honor our fallen heroes.”

Every year, the members of Boy Scout Troop 443 from Middle Island, N.Y., place thousands of flags next to the headstones at one of the Suffolk sites, the Calverton National Cemetery.

DON'T FORGET WHAT MEMORIAL DAY IS REALLY ABOUT

For the past five years, 18-year-old Eagle Scout Kieran Monaghan has been one of the Scouts who has walked the hallowed ground and gingerly placed an American flag next to each headstone. He is confident that his troop can again carry out their mission this year, safely, if only given the chance.

The U.S. National Cemetery Administration, the federal agency within the VA that operates the sites, told Fox News that because of the "national emergency, VA national cemeteries will not be hosting public Memorial Day events," and that includes "mass placement of gravesite flags." 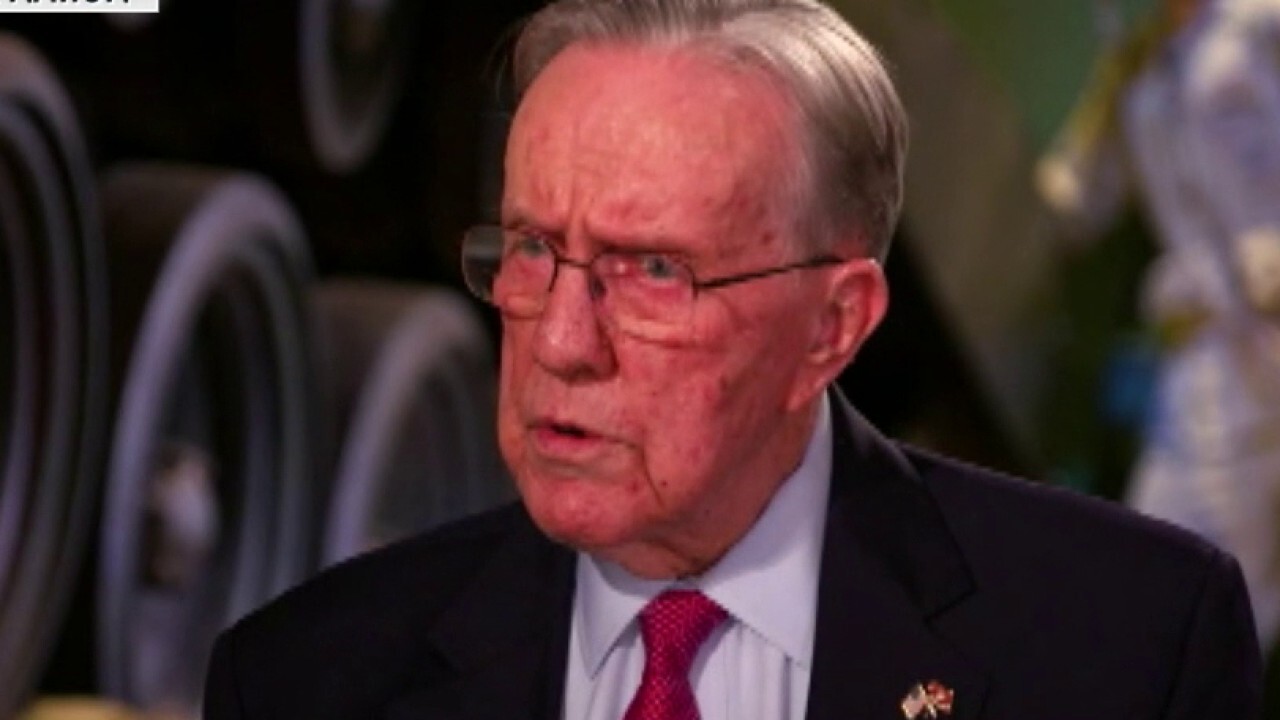 In a statement, the agency noted that in the case of Suffolk County's location, "Long Island has not yet met the state criteria for re-opening, which is why limits on social gatherings on Long Island are still in place."

The agency added that "families and community members are welcome to visit national cemeteries throughout Memorial Day weekend and place individual flags on graves to honor friends and family. We ask that all visitors adhere to CDC, state and local health, safety, and travel guidelines."

Monaghan said he recognizes the VA's reluctance to allow the mass flag placements but believes that they can be carried out observing standard coronavirus precautions.

"It is understandable to a point, but I don't think that it is unreasonable to be able to put a plan together to be able to still accomplish the same thing we have done year after year, still following social distancing guidelines, having everybody masked up, with gloves on. It's definitely doable," he said. 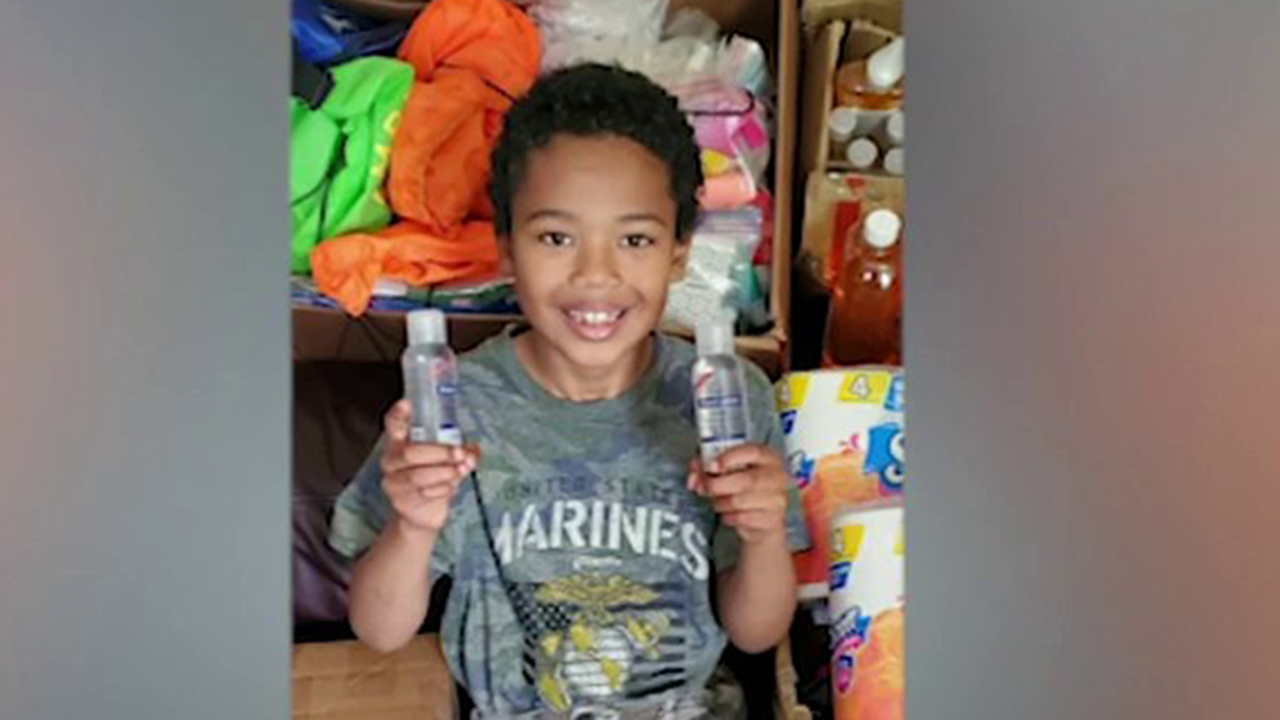 Tyler Stallings joins 'Fox &amp; Friends' to talk about his mission and how everyone can help.

"We just commemorated VE Day, this is the generation that lived through the adversity of the great depression, they won World War Two. What is it going to say about our generation if we can't figure out a way to honor the greatest generation by placing flags at their graves on Memorial Day?" asked Bellone.

The Boy Scouts of America says that scouting takes pride in the flag tradition because the activity  not only honors the veterans, but at the same time scouts “learn the importance of duty to country and of honoring the people who served it through the values outlines in the Scout Oath and Law.”

The BSA says that Scout troops will follow all local, state and federal health guidelines, including social distancing.

“Our local councils will continue to monitor regulations in their area and will work with local officials to honor fallen heroes in a manner that protects the safety of our Scouts volunteers, employees and communities,”  the organization told Fox News in a statement.

“The BSA is working to coordinate a national effort to honor all our fallen heroes this Memorial Day,” and the group says it is also working on finalizing a plan that would enable “the public to join us from home.”

Boy Scout troops from California, Maryland, Missouri and Wisconsin have also been among those scrapping their plans to plant flags, at least for now.

"I hope we are able to put the flags down on the graves and pay our respects," Monaghan said.