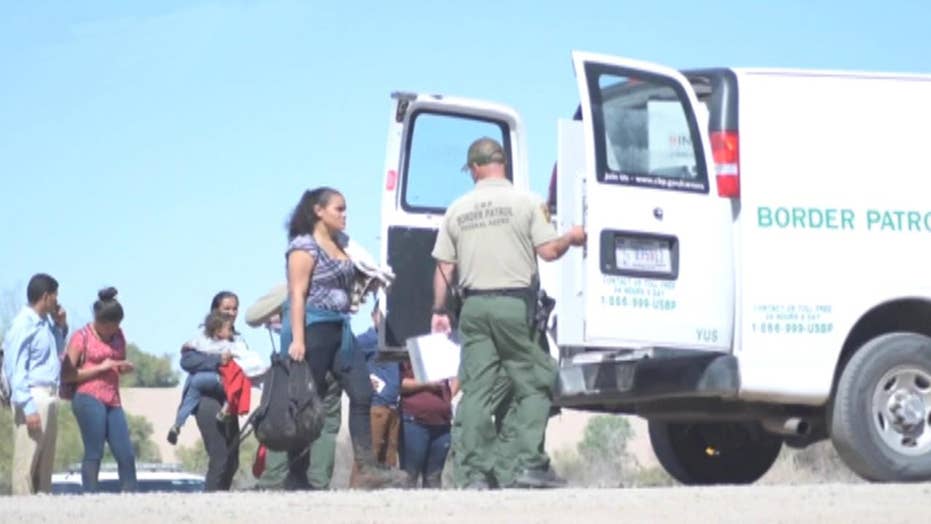 CBP forced to release migrants immediately due to border surge

A Federal District Court judge on Thursday sentenced a Border Patrol agent who lied about being a U.S. citizen to a year of probation and also imposed a $1,000 fine.

Marco A. De La Garza Jr., 38, actually is a Mexican citizen who managed to slip into the U.S. Navy, where he served on a nuclear submarine, and into the Customs and Border Protection agency with a U.S. birth certificate that he obtained with phony documents.

De La Garza pleaded guilty to a count of passport fraud, according to The New York Times.

Authorities opted for leniency, citing his otherwise clean background and dedicated service to the United States.

The federal judge, Raner C. Collins, said that De La Garza’s record of service in the military and in the government job “ought to count for something.”

Federal probation officers asked the court to spare De La Garza from a jail sentence and to give him a year of probation.

Growing up, my parents told me that I was a U.S. citizen, and my whole childhood I was led to believe this was true,” he wrote in a letter to the judge, the Times reported. “Because of that, I grew up thinking I would do my duty one day and join the U.S. military.

NEW YORK CITY TO GIVE ADDITIONAL $1.6 MILLION TO CITY ATTORNEYS TO DEFEND IMMIGRANTS SLATED FOR DEPORTATION

De La Garza maintains that for much of his childhood, he thought he was no different from other U.S. kids in Brownsville, Texas. He said his parents led him to believe he was a U.S. citizen, which is not uncommon in undocumented homes, where parents fear that their children will disclose their status to friends and at school if they are informed of it.

“Growing up, my parents told me that I was a U.S. citizen, and my whole childhood I was led to believe this was true,” he wrote in a letter to the judge, the Times reported. “Because of that, I grew up thinking I would do my duty one day and join the U.S. military.”

He said that it was only after he asked to see his birth certificate that he learned from his parents that they had lied to him about being a U.S. citizen and that he was really a citizen of Mexico.

De La Garza, who has two U.S.-born daughters ages 2 and 4, was able to slip into the Navy and the Border Patrol agency by presenting a U.S. birth certificate his mother had obtained that was issued by this government, but was issued based on phony information that stated his birthplace as Brownsville instead of Mexico.

“In retrospect, I fully understand now that I was being selfish in my desire to serve my country that I had so loved,” the Times said he wrote.

His secret came out after he applied for a U.S. passport in 2017.

In court documents, reported the Sierra Vista Herald, the U.S. Attorney's Office said: "Despite knowing he was born in Mexico and a Mexican citizen, De La Garza used the false Texas birth certificate to enter the United States and assert United States' citizenship. De La Garza stated he was born in Brownsville, Texas on December 1980 and he was a U.S. citizen."

De La Garza could be deported, but the Times said that the former agent’s attorney contends that immigration officials told him they will not pursue it.

“That’s what we have to look forward to at this point, applying for naturalization in a year,” said the attorney, Matthew H. Green, who added that De La Garza's veteran status would enable him to apply for citizenship a year after his conviction.

Green said his client wants to remain in the country that he considers home.

“Mr. De La Garza and his family ask only one thing from the United States — they ask for a second chance.”