A group of Republican women running for public office came together from different regions across the country last week, meeting just outside of McAllen, Texas on the banks of the Rio Grande to see first hand the ongoing border crisis

American and Mexican authorities have announced five suspects accused of trafficking people across the border.

The effort is part of the "Se Busca Información" campaign, an initiative between the Mexican government and U.S. Border Patrol. They allegedly operate near Del Rio, Texas.

"Human smugglers work for opportunistic criminal organizations who have no regard for human life," said Chief Patrol Agent Jason Owens of the Del Rio Sector. "Through this initiative, community members on both sides of the border provide us information about those who put at risk the lives of vulnerable families and children."

Images of the five suspects were placed on posters, flyers and billboards in heavily-traveled areas. In Mexico, they are placed on bulletins, billboards, and posters along city streets.

Additional posters will be displayed at immigration checkpoints and ports of entry in the Tucson and Yuma border region in Arizona.

Border officers are seeing a number of migrants and criminals within groups of illegal immigrants crossing the border. 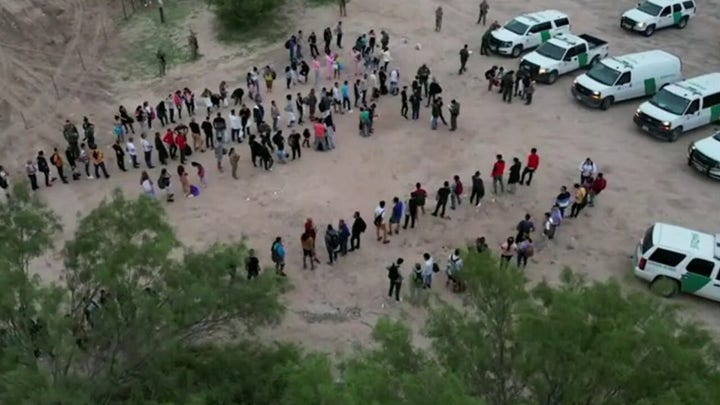 The head of U.S. Border Patrol said on Tuesday that agents caught 10 illegal immigrant sex offenders in just three days, in addition to a number of gang members and a murderer -- a snapshot of the crisis that the men and women in green are dealing with on a nearly daily basis.