Border Patrol agents in one sector of the overwhelmed southern border have arrested more than two dozen gang members and criminals — including sex offenders — this week.

In a press release, Customs and Border Protection (CBP) announced the apprehension of 21 gang members, two sex offenders, and three illegal aliens with prior convictions including for robbery and battery.

On Monday, agents in Brownsville arrested a Mexican national who had been convicted this year and sentenced to two years in jail for indecency and sexual contact with a child. It was not clear how he was released.

MEXICANS CHARGED WITH MURDER OF NORTH CAROLINA SHERIFF'S DEPUTY IN US ILLEGALLY: ICE

Border Patrol agents have encountered dozens of gang members and other criminals at the southern border. (Getty Images)

On the same day, agents near Sarita, Texas, stopped a Guatemalan national who had an outstanding warrant in Houston for indecency with a child.

Also this week agents located a Sureno gang member with convictions for battery and immigration offenses, as well as a Paisas gang member with a prior conviction for evading arrest. Separately, CBP said that agents have arrested 20 gang members associated with both the 18th Street and MS-13 gangs.

Border Patrol agents have been dealing with a massive number of migrants hitting the border each month. There were nearly 200,000 migrant encounters in July, with more than two million encounters in fiscal year 2022 so far -- a new record.

Meanwhile, more than 500,000 illegal immigrants have evaded Border Patrol this fiscal year, raising concerns that there may be criminals and gang members among those getting past agents. The Biden administration has claimed the border is "secure," an assessment that FBI Director Christopher Wray did not directly endorse when asked by lawmakers. 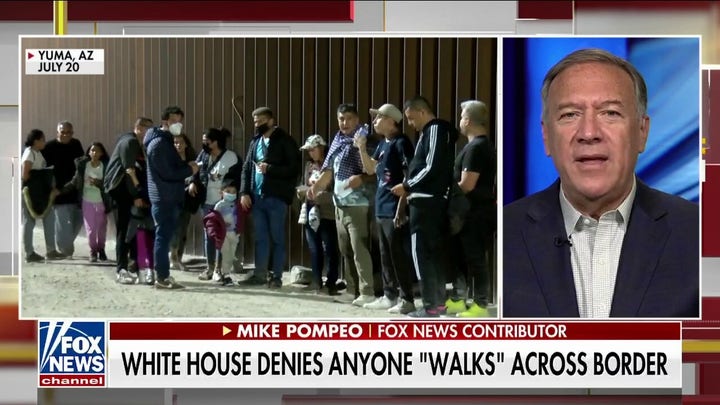 On Friday, Fox News Digital confirmed that two Mexican nationals accused of murdering a North Carolina sheriff’s deputy were in the country illegally, although it was not know when they entered the U.S.

Separately, Immigration and Customs Enforcement (ICE) announced last week that it had arrested a Mexican illegal immigrant with a prior conviction for indecency with a child and multiple deportations.