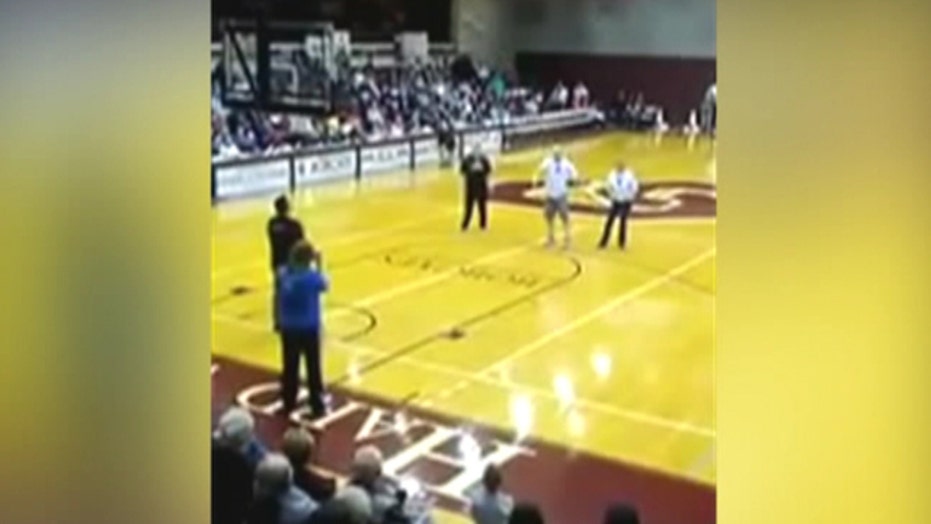 The Good, the Bad and the Ugly

A Springfield man who is blind and mentally impaired is getting some national attention -- and a year's worth of McDonald's value meals -- after hitting a 3-point shot during halftime of a college basketball game.

Fans at a College of Ozarks basketball game cheered wildly Saturday when 54-year-old Michael Quin hit the shot. A video of the shot got attention on some social media sites during the weekend.

KSPR-TV reports Quin had a series of falls beginning six years ago, causing him to go blind in 2010 and lose much of his mental capacity.

He joined Champion Athletes of Ozarks, which helps disabled people participate in sports.

Quin says he likes basketball and was excited about his shot -- as well as the free food from McDonald's.