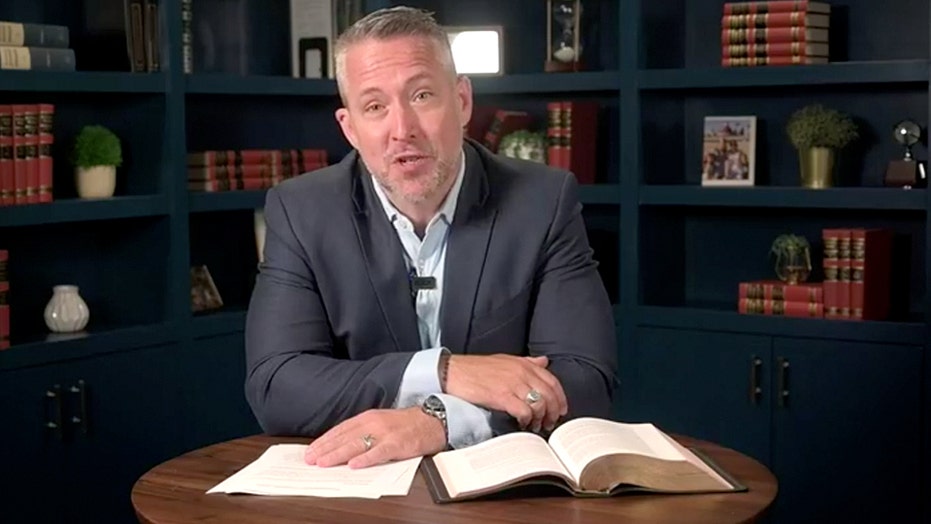 The leader of the largest Protestant Christian denomination in the country shocked many when he urged his members to declare "black lives matter" and denounced using "all lives matter."

J.D. Greear, the president of the Southern Baptist Convention (SBC), made the comments during his annual address delivered on Facebook due to coronavirus orders limiting public gatherings.

The SBC president made the comments in the wake of George Floyd's May 25 death while in police custody, something that he said shed light on the injustices "that our black brothers and sisters have been telling us for years." Last year, the focus of the address was sexual abuse.

"And, oh by the way, let's not respond by saying 'all lives matter,'" Greear said.

"I realize that the movement and the website has been hijacked by some political operatives whose worldview and policy prescriptions would be deeply at odds with my own, but that doesn’t mean the sentiment behind it is untrue," Greear added.

"I do not align myself with the Black Lives Matter organization, and I think saying bold things like 'defund the police' is unhelpful and deeply disrespectful to many public servants who bravely put themselves in harm’s way every day to protect us."

Greear, who is the pastor of the Summit Church in Durham, N.C., added, “But I know that we need to take a deep look at our police systems and structures and ask what we’re missing. Where are we missing the mark? And I’ll say that we do that because black lives matter.”

The Rev. Dwight McKissic, pastor of Cornerstone Baptist Church, a predominantly African-American congregation in Arlington, Texas, told the Houston Chronicle he was shocked but “thankful beyond measure” to hear Greear’s comments, which he praised as “sensible,” “therapeutic” and “without qualification or equivocation.”

“It’s almost surreal to me that it would come off the lips of a president of the Southern Baptist Convention,” McKissic said. “It’s true, it’s right and it should have been said 50 years ago.”

Greear said the SBC leadership doesn't reflect the diversity in its churches. Southern Baptists have seen the sharpest decline in membership in the last 100 years, according to an annual church profile conducted by LifeWay Research.