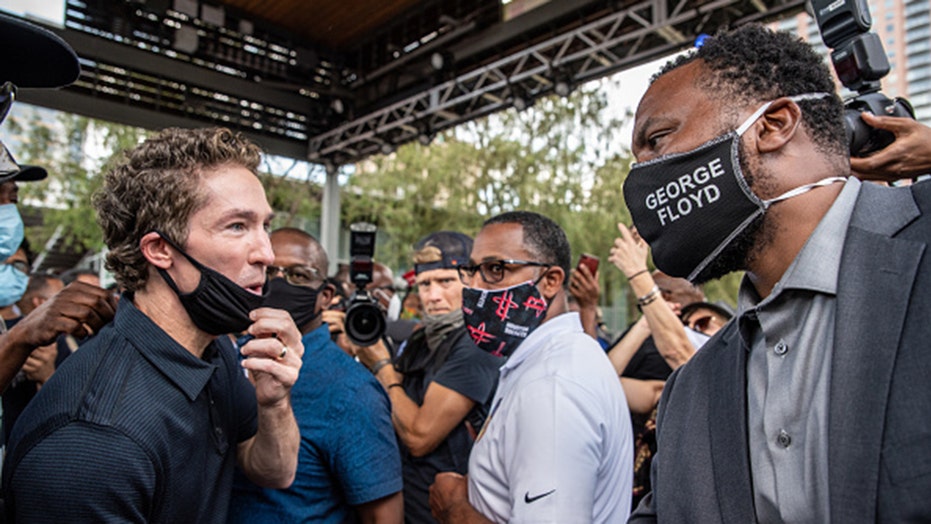 One of the most influential Christian televangelists weighed in on George Floyd's death saying it "ignited" something in him, the Christian Post reports.

MINISTRIES HOLD DAILY SERVICES AT SITE OF GEORGE FLOYD'S DEATH: 'FROM HATRED TO HEALING AND HOPE'

“I stay away from political issues but this is not a political issue,” Osteen said. “This is a human issue. Wrong is wrong and we want to lend our voice — you know this — but to stand with our black brothers and sisters and stand against injustice and the things that have been wrong.”

The Houston pastor marched in a downtown demonstration on June 2. Floyd was a former resident of the Third Ward and his final public funeral was held there Tuesday.

"The most dangerous thing that's happened in the church -- particularly the white evangelical church -- is they've maintained neutrality," Gray said, explaining that Jesus "would meet with people that society felt were unworthy, and now more than ever, the Jesus of the Bible needs to become the Jesus of the streets."

Gray clarified that he believes it's wrong to ask white people to apologize for being white and said black people can see right through churches trying to "pander to black people right now."

Osteen, who planned to tour with Kanye West and his Sunday Service Choir this year until coronavirus restrictions prevented it, participated in #BlackOutTuesday last week in support of the African-American community.

“I know we can do better. I think this incident with George — and it's not just him, it is what it represents — I feel like it is a turning point,” Osteen told Gray. “It has ignited something in me about, as I said, what can we do better.”

Gray was an associate pastor under Osteen at Lakewood before forming Relentless Church, and he still preaches at the megachurch regularly.