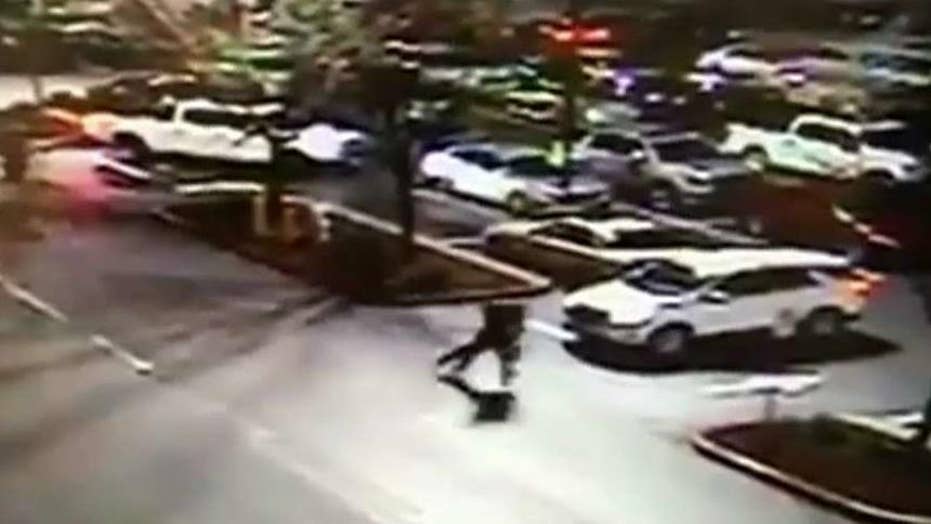 A Best Buy security guard and Army veteran in California has been fired after helping law enforcement tackle a man running away from police in the parking lot.

A security guard at a Best Buy in California -- who was fired earlier this month after tackling a man wanted on a felony warrant and who had allegedly just hit a cop -- will be offered his job back, the company said Monday.

The incident, which took place Jan. 11 at the Best Buy in Roseville, Calif., began when the guard allegedly saw Timothy Trujillo, who was wanted by Nevada State Police, strike a cop and try to flee.

Tyler, who said he was an Army veteran and only wanted to be referred to by his first name, told FOX40 he immediately leapt into action.

“He started running past me and I thought I was doing the right thing by stopping him,” Tyler said.

Later, however, Tyler said he began to think about the company's policy that employees should not touch anyone, and he suspected he might get into "some type of trouble." After a week, he said he was fired.

Timothy Trujillo, 35, was arrested after the incident in the Best Buy parking lot in Roseville, Calif. (Placer County Sheriff's Office)

After initially saying the employee's actions violated company policy because chasing an individual in the parking lot created a "safety risk that isn't worth taking," Best Buy changed its mind Monday.

"We made a decision to fire our employee for violating our clear policies, but have had reason to take another look at what happened," the company told Fox News in a statement.

"In the end, we understand he made a split-second decision to do what he thought was right and, while we wish he hadn’t put himself at risk, we regret our initial decision and will be offering him his job back," the company said.

MASSACHUSETTS MAN, 65, CLINGS TO HOOD OF SUV ON TURNPIKE IN SUSPECTED ROAD-RAGE INCIDENT

The Placer County Sheriff's Office said Trujillo is facing numerous charges including assaulting and resisting a peace officer, burglary, possession of burglary tools and possession of methamphetamine, according to the sheriff's office. He was booked at South Placer Jail, where he remains in custody without bail.

While it remains immediately unclear if Tyler will take Best Buy up on the offer, he previously told FOX40 he plans to start college in April and was just happy to have gotten a wanted criminal off the street.

“Seemed like it was the right thing," he told FOX40. "Like I said, it was someone running from the cops, seemed like the logical thing to do."