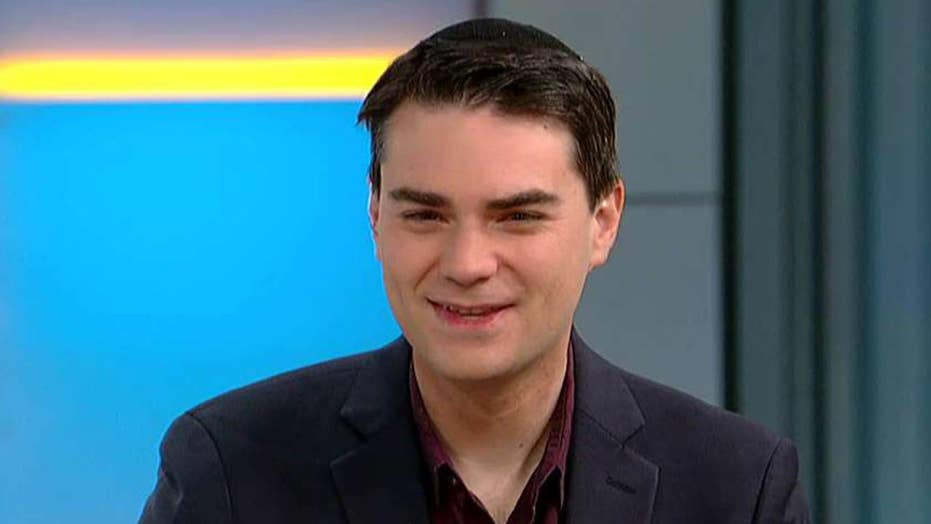 Tufts University is the latest front in the war over Ben Shapiro, the conservative commentator who's suddenly become a controversial campus invite, with liberal students at the Massachusetts college saying Shapiro's rhetoric puts them in "tangible amounts of danger."

Tufts Student Action and Tufts United for Immigrant Justice started a Facebook event, “Pack the Room: Vote No to Ben Shapiro,” in anticipation of a student government meeting, now set for early December, where the College Republicans club on campus will request funding for Shapiro’s speech, as reported by Campus Reform.

“Ben Shapiro’s history of spreading fake news and fear-mongering, particularly around issues of immigration, has put many of our communities in tangible amounts of danger,” the groups wrote.

"Perhaps they ought to try pre-school rather than college, where they can feel safe and enjoy nap time, too."

The students say Shapiro’s appearance at Tufts will give the writer “a legitimate platform to continue spreading these lies and will threaten the undocumented-friendly environment we've spent the past five years fighting for.”

Shapiro fired back at the liberal students.

“If they are so pathetic that they can't be bothered to show up and discuss my fact-based perspectives with me, they don't belong at a major university,” Shapiro told Fox News. “Perhaps they ought to try pre-school rather than college, where they can feel safe and enjoy nap time, too.”

Shapiro told Fox & Friends he's "bemused" by it all.

"I don’t seem that physically imposing to me, but apparently all the things I say, particularly when I talk about the idea that men are men and women are women, or the idea that America is a country of individualism where white privilege is not the rule – when I say these things it make people feel insulted and they get very offended," the Daily Wire editor-in-chief said.

The Tufts Republicans gather for a group photo during the latest club meeting on campus. (Courtesy of Mike Feng)

BEN SHAPIRO: WHO IS HE AND WHY IS HE SO CONTROVERSIAL?

“I don’t think it’s right to conflate speech with violence,” Behrakis said. “That’s a tactic many people on the far left use so that they have a reason to shut down speech they don’t like. Shapiro has never advocated violence and his views shouldn’t be seen as 'dangerous.' Those who wish to challenge him should actually engage in a dialogue, instead of trying to deny us, and him by a extension, the ability to speak on campus.”

The debate and vote in the Student Senate is currently scheduled for Dec. 3, when Behrakis plans to request the funding. Tufts United for Immigrant Justice said the TCU Senate has reached out and included them in discussions.

Tufts University, Tufts Student Action and Tufts United for Immigrant Justice did not respond to a request for comment.