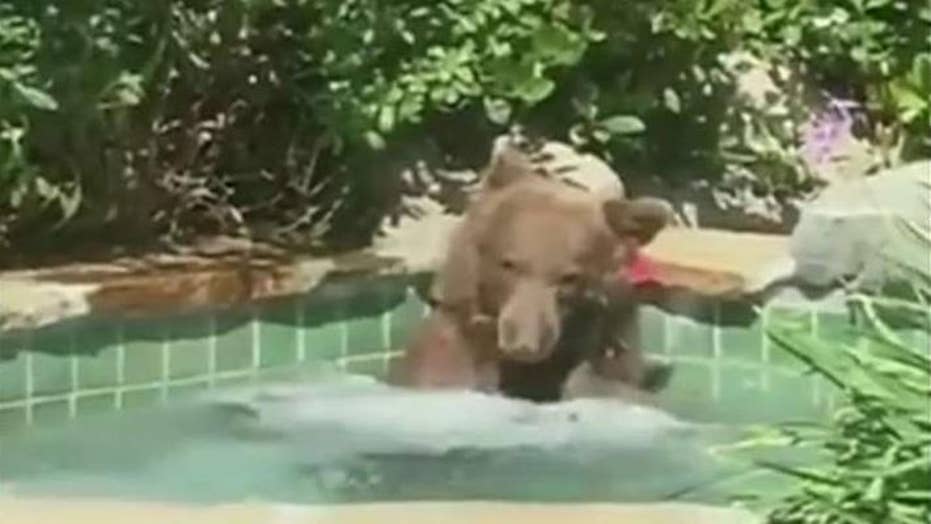 A homeowner in southern California spotted a bear taking a dip in his hot tub while in the backyard with his wife.

A bear who couldn't apparently bear the temperatures any longer was recorded lapping up a margarita and hanging in an unheated hot tub at a California home over the weekend — proving the furry mammals have more in common with humans than science may have taught us.

Mark Hough, of Altadena, filmed the encounter Friday afternoon in which the bear was spotted lazing around his tub.

The man told The Associated Press that he mistook the bear climbing a fence into his yard as noise coming from his neighbor's property.

A bear broke into a car in California’s Placer County and locked itself in. Police came to the rescue to set it free.

"So I got up, looked over in the bushes and lo and behold there's a bear climbing up over my fence," he said Monday.

Hough spotted his new friend several times during the afternoon hours in his backyard.

He recorded video of the bear in his hot tub with the jets on. Hough said the heat wasn't on and the bear played with the chlorinator and tossed the thermometer in the air.

"He was playing having a grand old time," he added.

The man later spotted the creature sleeping in a neighbor's tree.

"So he had his margarita, he had his Jacuzzi, and now he's ready for an hour nap," Hough said.