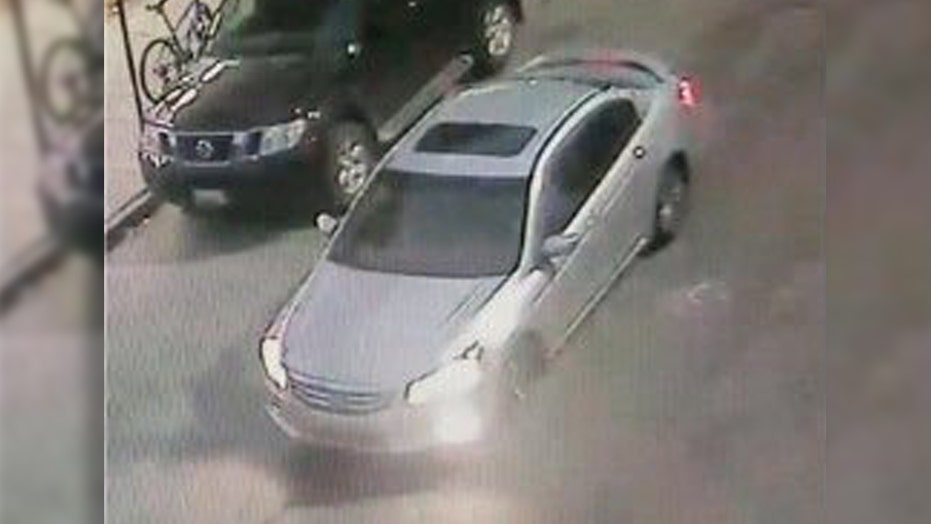 Baltimore authorities are offering a $15,000 reward after a 1-year-old infant and a 2-year-old toddler were injured when a street corner was sprayed with bullets.

“Those babies were shot, and the community should be appalled,” Baltimore Police Commissioner Michael Harrison said, according to WJZ-TV. “This is shocking to the conscience and we need everybody right now to help us hold the person or persons accountable.”

The infant was shot in the leg and the toddler was shot in the torso in the shooting at the intersection of two streets in South Baltimore around 8 p.m. Friday night. They were in stable condition.

Police reported that three others were also injured in the gunfire -- the mother of the children and two men. The women was shot in the neck.

ATF said it was looking for this vehicle after an infant and a toddler were injured in a shooting in Baltimore on Friday night. (ATF)

Baltimore Alcohol, Tobacco and Firearms said the woman was the mother of the infant and the toddler.

The ATF announced the cash reward Saturday, while releasing a surveillance image of the suspected getaway car, a silver Honda Accord.

The shooters were two adult males who were being sought, agents said.

Fox 45 reported Sunday that Baltimore police were investigating the fatal shootings of a woman in West Baltimore and a man Saturday in East Baltimore, the fifth and sixth homicides in a deadly weekend in the city.

The woman’s vehicle struck another vehicle and flipped over after she was shot just after midnight Sunday.

The man was found dead about an hour earlier with a handgun and a small amount of drugs in his possession, the station reported.