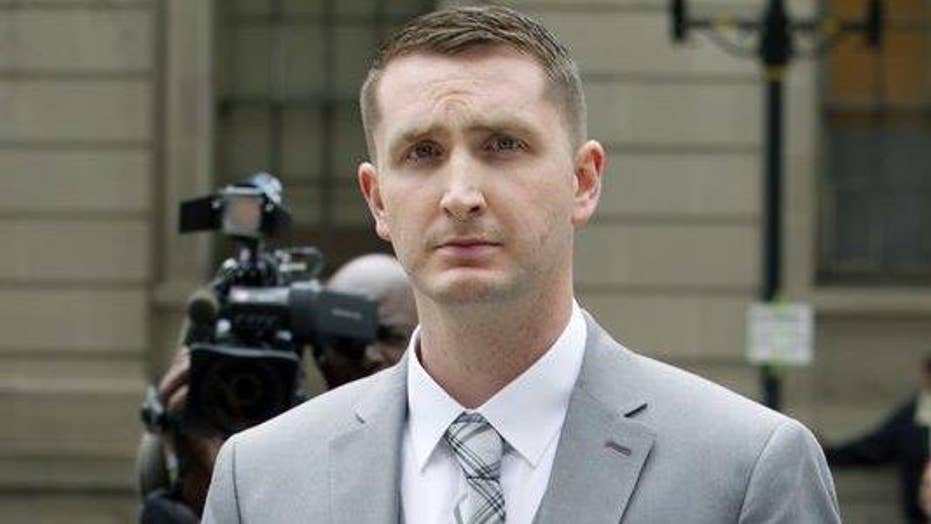 BALTIMORE – Two Baltimore police officers facing criminal charges in the death of a young black man whose neck was broken in the back of a police van have sued the city's top prosecutor and an official in the sheriff's office for defamation.

Porter and White are among six officers charged in the death of Freddie Gray. Gray died April 19, 2015, a week after he was injured in the police transport van. He had been handcuffed and shackled, but was not restrained by a seat belt.

Porter's first trial ended in a mistrial. His retrial is scheduled for September. White is scheduled to be tried in October.