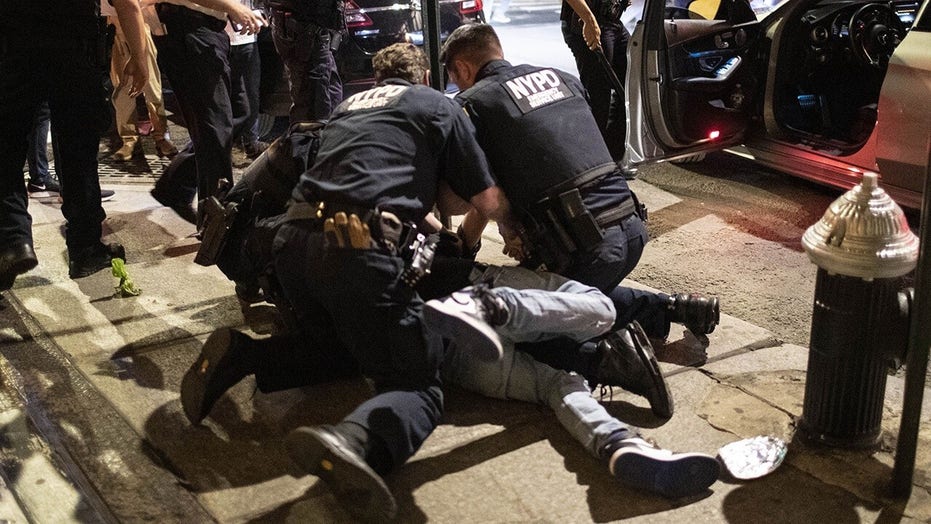 The NYPD reports nearly 500 burglary arrests, as majority of the suspects have already been released due to local bail reform laws; ‘Fox and Friends’ police panel weighs in.

Hundreds of looters and rioters arrested by the New York Police Department over the past several days have been immediately released due to the state's new bail-reform law that some say is turning the criminal justice process into a mockery and threatening public safety.

New York City police chief Terrance Monahan said "just about all" of the looters arrested will be released without bail.

Frustrated law enforcement officials across the state say repeat offenders are getting bolder by the day and claim the state's policy gives lawbreakers the green light to commit crimes without consequences.

Louis Turco, head of the Lieutenants Benevolent Association, said the violence seen during the demonstrations in New York is the byproduct of the new law that requires defendants to be released without cash bail on a long list of misdemeanors and some felonies including arson and burglary.

"This has been put in motion by our politicians that have allowed the criminal element to feel as if there's no consequences for any crime that you do and now you've seen this coming out," Turco told The Washington Post. "...Now they go home and tell all their friends, 'Listen, I got out the next day and nothing's going to happen to me.'"

Former NYPD detective Oscar Odom told Fox News on Wednesday that he thinks it's likely that "99.9 percent" of the people who were arrested and released from jail because of the new law have gone right back to looting.

But it's not just happening in big cities.

Two and a half hours away in Albany, a 26-year-old man accused of smashing a $2,000 door and looting a hotel Monday night had been released from the county jail a week earlier despite having pending charges against him from prior arrests. Cops claim Lucas J. Kaplan brazenly swiped a badge, a credit card, cash and other items from multiple jail employees' cars on his way out of lockup.

In most jurisdictions across the country, people who are arrested and charged with crimes are required to put down a refundable deposit to ensure that they will show up for their court date. If they don't have the cash on hand, they often turn to a commercial bond company that fronts the money on their behalf. If the person arrested cannot afford to pay his or her bail, they remain in jail until their court hearing. 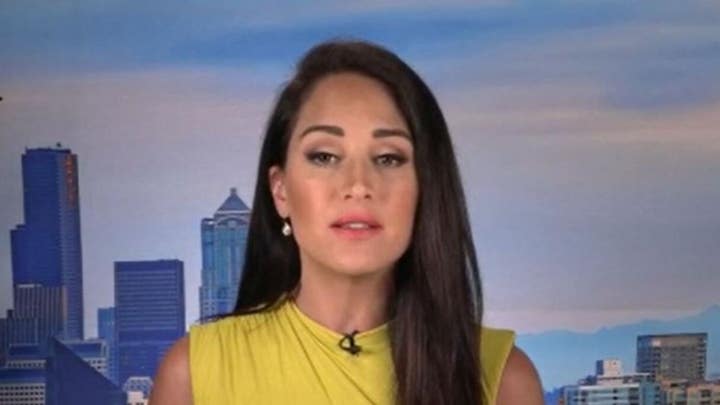 In 2019, New York lawmakers passed sweeping changes to the state's bail law, limiting the number of crimes for which judges could set bail - largely to those who were believed to have committed violent felonies. Almost everyone else - about 90 percent of the state's arrests - could walk out of jail after being processed.

Should a defendant fail to show up in court, the judge is no longer allowed to immediately issue a bench warrant. Instead, the law says, the judge must give them 48 hours to come in before issuing a warrant.

During the first three months the law was in effect, New York's jail population dropped significantly. At the end of 2019, the number of people jailed across the state was close to 20,000. By March of 2020, the number had dipped to 15,000. 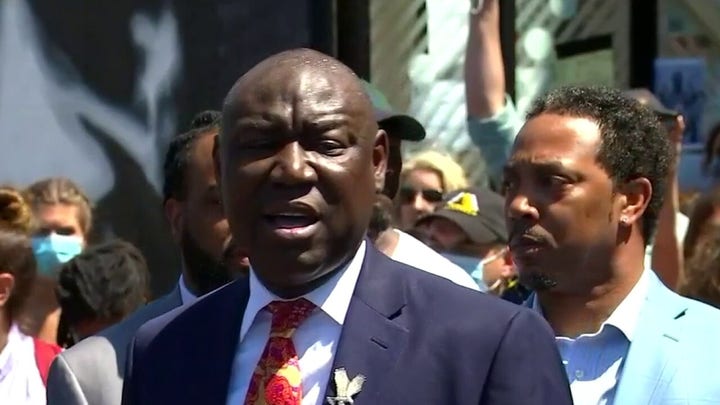 But the celebration by criminal justice reform advocates in the Empire State was stopped in its tracks after a spike in hate crimes.

In one case, a woman named Tiffany Harris, 30, had been accused of slapping three Orthodox Jewish women in late December and allegedly using anti-Semitic language during the attack. Harris was arrested and released without bail. She was arrested the very next day in connection to a separate assault. After she was arrested a third time for missing an appointment with a social worker, Harris was ordered to be held at a hospital for a psychiatric evaluation.

In March, the New York Police Department released a report showing that crime in February 2020 had jumped 22.5 percent compared to February 2019. The cops blamed the rise on criminal justice reforms they claimed were too soft on offenders.

In the first 58 days of 2020, 482 people who had been arrested on charges where a cash bail was prohibited went on to commit 846 new crimes.

"Thirty-five percent of the new crimes were for arrests in seven major crime categories - murder, rape, robbery, felony assault, burglary, grand larceny and grand larceny auto - that is nearly triple the amount of those crimes committed in the same 58 days in 2019," the report claimed.

Since then, the law has been modified to give judges more discretion in setting bail and other conditions of pretrial release but those effects won't go into effect until July 1.

New York isn't the only place bail policies have been loosened. Since 2012, at least 19 states have moved to reduce the use of financial conditions for a person's release.

In 2018, California became the first jurisdiction to pass a law that ended money bail entirely. Under the law, only people charged with certain low-level, nonviolent misdemeanors would be eligible for automatic release within 12 hours of being booked into jail.

New Jersey decided to replace its cash bail with a scorecard to assess whether a criminal defendant might skip out on his or her hearing. The 2017 change was part of the Criminal Justice Reform Act passed under former Gov. Chris Christie in 2014 and enacted three years later. A 2019 report from the state's Administrative Office of the Courts found that people released under the new system were no more likely to commit a crime while waiting for their trials than those released under the prior system based on money bail.

Alaska and Illinois have put restrictions on the cases in which people can be assigned cash bail. Both states have also encouraged their courts to use "unsecured" bail, which is only payable if the person fails to appear in court.

In 2018, Georgia lawmakers passed a bill that requires judges to consider a defendant's financial status when setting bail and allows officers to use citations instead of filing criminal charges. That same year, New Hampshire Gov. Chris Sununu signed off on legislation that would allow low-risk defendants to be released without cash bail.