Morgan, 45, suffered the medical emergency on Monday outside of a Long Island deli where he parks the minivan that he lives in, said Bill Shannon. 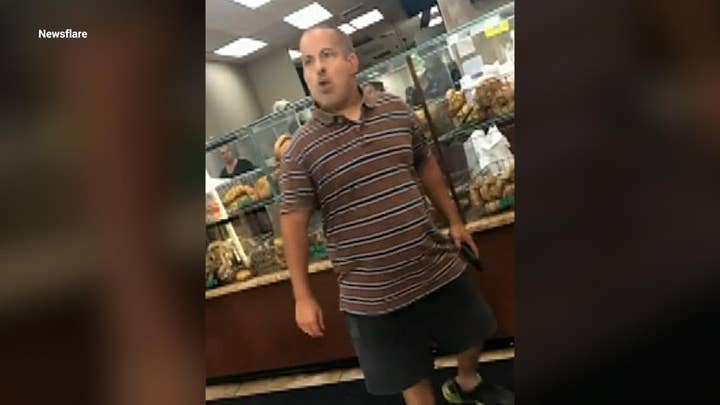 Shannon, who just learned of the health scare on Wednesday, said it appears Morgan lost feeling on the left side of his body.

‘BAGEL BOSS’ GETS CUFFED, TAKEN TO HOSPITAL FOR EVALUATION: REPORT

But when he visited his client at Southside Hospital in Bayshore, Shannon said Morgan communicated with him by moving his right arm.

“He was definitely aware I was there and responded with his hand.”

Morgan, though, wasn’t able to open his eyes or talk during the visit.

Shannon was able to alert Morgan’s family, who showed up to the hospital late Wednesday.

The manager also said Morgan suffers from diabetes — though it’s unclear if that contributed to the medical episode.

A GoFundMe page has been set up to help cover the cost of Morgan’s recovery.

Morgan gained viral fame in July for getting roughed up while ranting about women inside a Long Island bagel shop.