A 42-year-old man is facing attempted capital murder charges after opening fire at police from inside a restaurant on Oct. 23 in Austin, Texas.

Members of the Austin Police Department responded to reports of a stabbing at the H-E-B supermarket on Riverside Drive on Saturday, according to a press release from the department, and when they arrived, they learned Jaime Canales, 40, stabbed a Bastrop County Sheriff’s Office deputy.

Police investigated using surveillance video and witness statements and discovered Canales was shoplifting in the store.

When he began to exit the store, members of the stores Loss Prevention staff stopped him and requested he leave the merchandise.

Canales, police said, returned the items and requested a member of law enforcement assist in the matter.

AUSTIN, TX - JULY 29: A member of the Austin, Texas police department stands watch during the Gold Cup semifinal match between the United States and Qatar on Thursday July 29th, 2021 at Q2 stadium in Austin,TX.  ((Photo by Nick Tre. Smith/Icon Sportswire via Getty Images))

A Bastrop County Sheriff’s Office deputy then arrived at the supermarket for his regularly scheduled shift at the store, and according to police, walked up to the group to assist with the investigation.

The deputy spoke with Canales, who then stabbed the deputy multiple times, including in the neck, police said.

The deputy was taken to a nearby hospital where he was surgically treated for his injuries. Police added that the deputy is a former officer with the Austin Police Department and is recovering from his injuries.

Canales was arrested, police said, and admitted to stabbing the deputy, without showing remorse.

He was charged with attempted capital murder of a peace officer and an Austin judge ordered him to be held on $100,000 bond.

The Travis County Odyssey Portal shows Canales is no stranger to crime in the Austin area.

He has a history of shoplifting, robbery, and assault, even one time attacking and threatening his mother, police said.

In 2016, Canales was arrested for robbery but pleaded guilty to a lesser charge of assault, for which he was ordered to spend 120 days in jail. 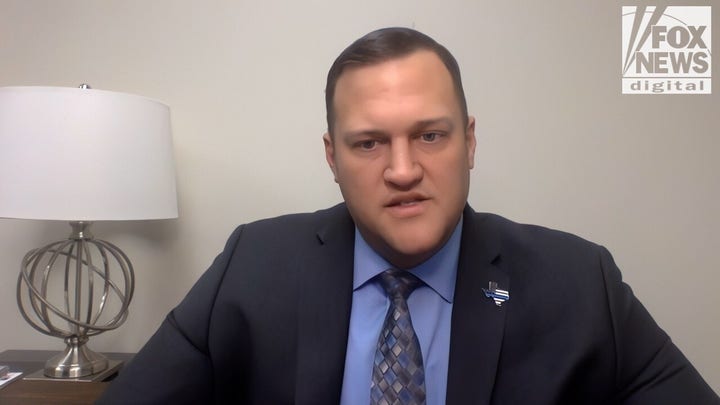