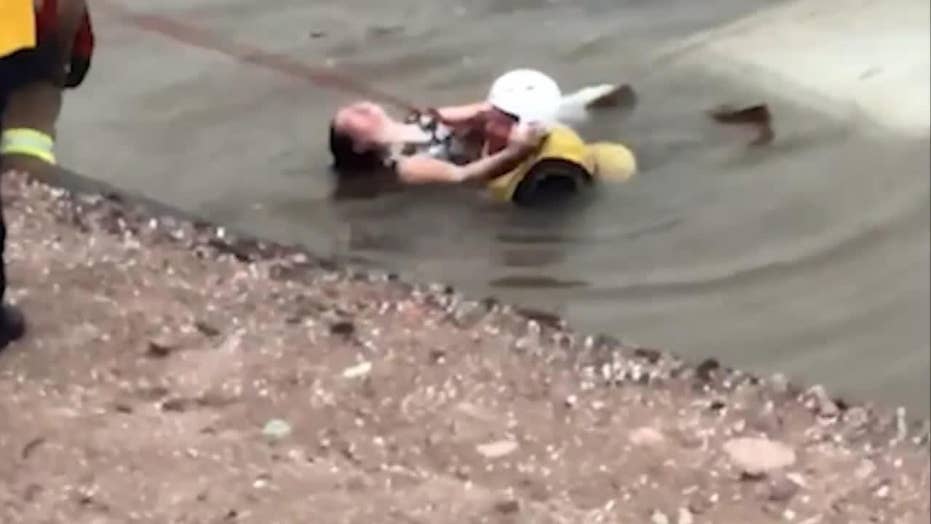 Video shows a firefighter rescuing a woman from a car that went into a canal.

A man who captured the moment firefighters freed an Arizona woman, presumed to be dead, from her car after it plunged into a canal is calling the rescue a “miracle.”

Merrill Brimley told Fox 10 that the unidentified woman, believed to be in her 50s, likely was in her car Monday for 10 minutes or more before Mesa Fire crews were able to free her.

In the cellphone video recorded by Brimley, a rescue official could be seen reaching into the submerged vehicle before turning to the crew saying the person in the car was “not viable.”

That quickly changed after the official appeared to feel something – he dove under the water and surfaced seconds later with the woman in his arms.

Onlookers cheered after the woman appeared to be ok.

“Obviously, it was a miracle," Brimley told Fox 10. “It really makes you know that miracles do happen so that was pretty cool.”

It was unclear why the woman’s vehicle veered off into the canal in the first place.