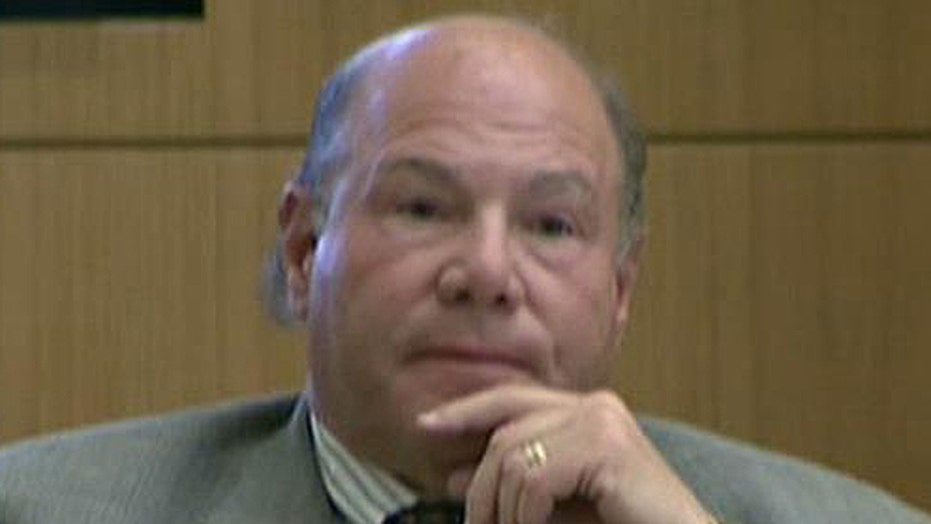 PHOENIX – Jodi Arias lied repeatedly during an evaluation conducted by a psychologist hired by the defense, who diagnosed her with amnesia and post-traumatic stress disorder, but most of the falsities were irrelevant to his ultimate conclusions about her mental state, the expert testified Tuesday at Arias' murder trial.

Arias faces the death penalty if convicted of first-degree murder in the June 2008 death of Travis Alexander in his suburban Phoenix home. Authorities say she planned the attack in a jealous rage. Arias initially told authorities she had nothing to do with it then blamed it on masked intruders. Two years after her arrest, she said it was self-defense.

Psychologist Richard Samuels concluded his third day of testimony Tuesday after telling jurors that he diagnosed Arias with PTSD and dissociative amnesia, which explains why she can't remember much from the day she killed Alexander. He said he met with Arias a dozen times for more than 30 hours over three years while she was jailed.

Prosecutor Juan Martinez seized on multiple lies Arias told Samuels throughout the process of his evaluation, at one point getting the psychologist to acknowledge he should have re-administered at least one test he used to come to his PTSD diagnosis.

Samuels also acknowledged Tuesday that he made an error on the test but insisted his diagnosis was accurate.

"I reviewed the report numerous times and I must admit I missed it," Samuels said.

Martinez then again questioned Arias' repeated lies to Samuels, and asked how he could conduct a conclusive evaluation of the defendant without truthful answers.

"If there were 50, 60 points, yes, of course, it would raise alarm to me," Samuels replied, adding he did not consider most of the lies to be relevant.

Martinez noted that at the time of at least one test administered by Samuels, Arias was sticking to her story that intruders killed Alexander.

"Granted, she told me one story and we found out later it was another story, but both could have been perceived as trauma," Samuels explained, again insisting the inconsistencies wouldn't alter his diagnosis. "It's not critical to the outcome of the test."

"You don't know that do you?" Martinez asked loudly.

"Just made that up!" Martinez yelled, to which defense attorneys immediately objected.

On Monday, Martinez questioned Samuels' credibility, accusing him of blurring the line between objective observer and therapist when he bought Arias a self-help book about building self-esteem.

Samuels denied the accusation and said he remained objective.

"One should not be a therapist and an evaluator at the same time, but in the course of doing your evaluation, there's a certain degree of leeway," Samuels said later Tuesday under questioning by Arias' defense attorney.

He said his initial hypothesis that Arias suffered from PTSD remained unchanged, despite her lies during his evaluation.

Arias spent 18 days on the witness stand during which she described her abusive childhood, cheating boyfriends, dead-end jobs, a shocking sexual relationship with Alexander, and her contention that he had grown physically abusive in the months leading to his death.

Alexander suffered nearly 30 knife wounds, was shot in the head and had his throat slit before Arias dragged his body into his shower.

She said she recalls Alexander attacking her in a fury and said she ran into his closet to retrieve a gun he kept on a shelf and fired in self-defense but has no memory of stabbing him.

She has acknowledged trying to clean the scene of the killing, dumping the gun in the desert and leaving the victim a voicemail on his cellphone hours later in an attempt to avoid suspicion. She said she was too scared and ashamed to tell the truth.

Since the trial began, none of Arias' allegations of Alexander's violence, that he owned a gun and had sexual desires for young boys, has been corroborated by witnesses or evidence. She has acknowledged lying repeatedly but insists she is telling the truth now.