People in Austin, Texas, assessed President Biden's overall performance throughout the past 12 months, with a majority assigning him a failing letter grade for 2022.

"I don't really think that he's made strong decisions to progress our country forward in terms of our economy," a Texas woman who gave Biden an F or a D-minus told Fox News. 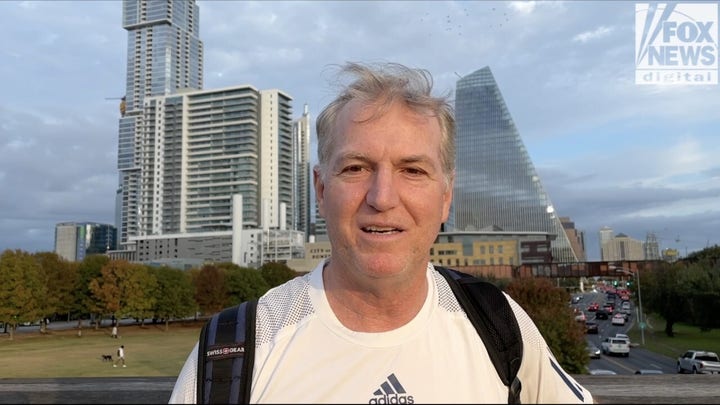 But another woman who gave Biden a B said she was satisfied with the president, especially his push for federal student debt handout.

"A lot of millennials and younger generations don't have access to housing or purchasing their own home or achieving certain financial goals that older generations were able to do," she told Fox News. "And the student debt bill definitely helps to aid that financial burden."

Biden announced a federal student loan forgiveness plan in August that offers up to $20,000 of debt relief to qualified borrowers. Legal challenges have left the program on pause and has yet to cancel any debt.

One Austin local who recently moved from Washington, D.C., issued Biden a C.

"I'm a little bit disappointed in the economy," he told Fox News. "Inflation has really picked up."

WHITE HOUSE CLAIMS BIDEN HAS ‘DONE THE WORK’ TO FIX INFLATION, DESPITE IT SITTING AT A 40-YEAR HIGH

Biden's approval rating sat at 43% in a recent AP-NORC poll, while 28% of American adults said the country was headed in the right direction.

Travis, who gave Biden an F-minus, singled out the president’s support of the war in Ukraine as a low point in his presidency.

"His worst performance was probably getting us into the war in Ukraine," the Texan told Fox News. "He worries about other people's borders, Ukraine's borders, but he doesn't worry about the United States' borders. I find that appalling."

Biden's administration has sent roughly $15.1 billion in security assistance to Ukraine since its war with Russia began. (Nathan Posner/Anadolu Agency via Getty Images)

Another Texan graded Biden a Z to illustrate his supreme dissatisfaction with the president.

"What's lower than an F? Like a Z? We'll call it a Z. That's about as low as you can go," he told Fox News. "For him to be performing this poorly, I really haven't seen anything like it."