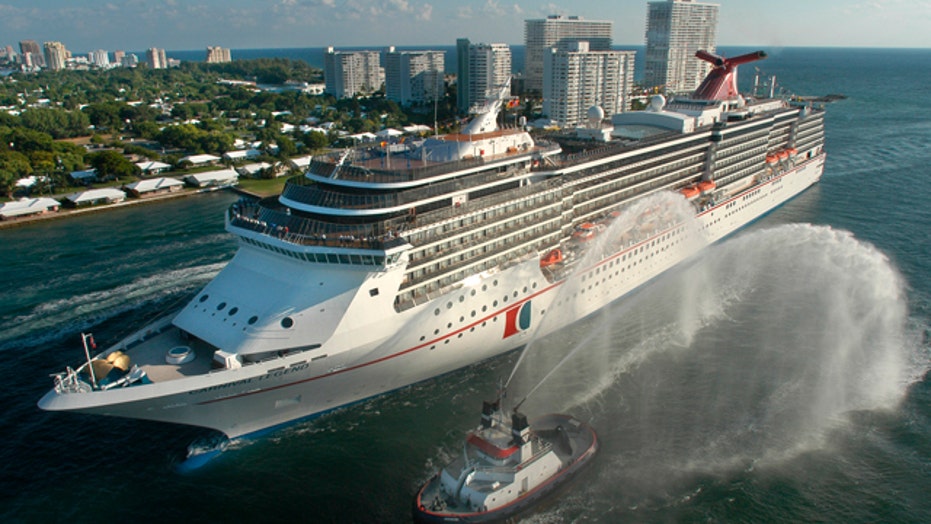 Another Carnival cruise ship has troubles at sea

Another Carnival cruise ship has reported problems while at sea, becoming the third Carnival ship in less than two months to experience difficulties onboard.

MyFoxTampaBay.com reports the Carnival Legend is skipping all of its scheduled stops through the Caribbean and is heading back to the port of Tampa to arrive on Sunday as scheduled, moving at only 14 miles per hour.

The Legend is the latest in a series of problem cruises for Carnival. The company announced Thursday passengers aboard the Carnival Dream will be flown home after the ship experienced problems with its on-board generator while docked in St. Maarten.

A month ago, passengers on the Carnival Triumph spent five days in the Gulf of Mexico without power or working toilets.

Tonya Esparza, whose son is aboard the Legend, tells MyFoxTampaBay.com her son said he first noticed a problem on the ship Tuesday night.

"It sounded like it hit something," Esparza said her son told her. "They said it was a problem with the engine."

Esparza says her son says the ship is moving much slower, but all of the amenities are still working and there have been no power outages.

The company said in a statement to the station that repairs to the Legend's engine after it experienced problems were not adequate enough to allow the ship to travel to its scheduled stops, and passengers will get a $100 credit for the inconvenience.

On Thursday carnival officials, in a statement to FoxNews.com, said that the Carnival Dream's cruise was ending after the ship has a "technical issue" with its backup emergency diesel generator that is currently being worked on by its engineering team.

“Yesterday, during regularly scheduled testing of the ship’s emergency diesel generator, a malfunction occurred,” the statement read. “At no time did the ship lose power and the ship’s propulsion systems and primary power source was not impacted. The ship is at dock in St. Maarten.  All guests are safe and comfortable.  There were periodic interruptions to elevators and restroom services for a few hours last night.  However, all hotel systems are functioning normally and have been functional since approximately 12:30 a.m.”

Approximately 4,300 passengers and roughly 1,100 crew members were aboard the ship, a Carnival spokesman told FoxNews.com.

A U.S. Coast Guard spokeswoman in Miami told the Associated Press Thursday that Carnival Dream's captain reported possible trouble with the ship's propulsion system. Petty Officer Sabrina Laberdesque said the ship has sewage and power and officials are working to correct the problems. She says the Coast Guard is not involved because the ship is moored.

Carnival officials said in a statement that they “can confirm only one public restroom was taken offline for cleaning based on toilet overflow and there was a total of one request for cleaning of a guest cabin bathroom. Aside from that there have been no reports of issues on board with overflowing toilets or sewage."

As engineers work on the technical issue, arrangements are being made to fly all guests home via private charter flights and scheduled flights from St. Maarten. Passengers will receive a refund equivalent to three days of the voyage and 50 percent off a future cruise, Carnival officials said.

The ship’s next voyage, scheduled for Saturday, has also been canceled. Guests scheduled to sail on that cruise will receive a full refund and 25 percent off a future seven-day cruise. Any non-refundable transportation related expenses will also be reimbursed.

A class-action lawsuit has been filed against Carnival Corp. following last month’s fire in an engine room that crippled the Carnival Triumph, leaving more than 4,200 passengers without power or working toilets for five days.

A Coast Guard official said a leak in a fuel oil return line caused the fire that disabled the massive 14-story vessel.