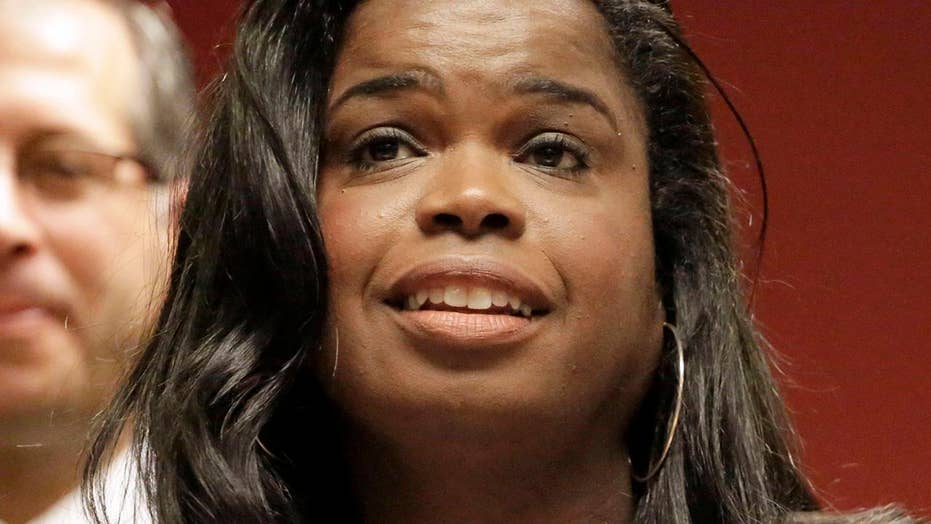 The Cook County judge set to decide whether a special prosecutor should be appointed to investigate why charges were dropped against "Empire" actor Jussie Smollett has a son who works in the state's attorney's office.

The news sets up another potential conflict of interest with State's Attorney Kim Foxx's office and its handling of the controversial case.

Judge Leroy Martin Jr. addressed a petition Thursday filed by retired appellate Judge Sheila O'Brien to recuse himself and assign the case to a judge outside Cook County.

Martin's son, Leroy Martin III, is an assistant state's attorney who has worked under Foxx for more than a year. He was hired in April 2018.

"You're going to be deciding whether (Foxx), your son's boss, is teling the truth," O'Brien told Martin.

Martin said he would decide whether to recuse himself and set the next hearing on the matter for May 10.

“I think it is a problem,” CBS2 legal analyst Irv Miller said about Martin presiding over the case. “She’s the son’s employer. She controls his son’s pay, promotions. That’s why there is an appearance of impropriety.”

O'Brien has also asked for a special prosecutor to delve into the behind-the-scenes decision-making process in the Smollett case.

Foxx has publicly said she'd welcome an independent probe into her office's decision to dismiss a 16-count indictment against Smollett, who is accused of staging a hate crime on himself.

However, she filed a motion on Tuesday opposing the call for a special prosecutor made by O'Brien. Her office filed two other motions that day as well. One seeks to quash subpoenas for Foxx and her top assistant Joseph Magats and prevent O'Brien from requesting additional subpoenas. The other seeks the court's permission to allow Foxx's office and the county inspector general access to records that were sealed at the same hearing where prosecutors dropped all charges against Smollett.

The decision to drop the charges during an unannounced March hearing sparked outrage from the Chicago Police Department as well as outgoing Mayor Rahm Emanuel who blasted the move as a "whitewash of justice."

'NO PLANS' FOR JUSSIE SMOLLETT'S 'EMPIRE' CHARACTER TO RETURN AS SERIES IS RENEWED, FOX SAYS

President Trump also weighed in on the case, calling it "an embarrassment to our nation" in a March 28 tweet.

O'Brien's petition calls out Foxx's handling of the case for saying she recused herself in the early stages of the investigation because she was in contact with a family member of Smollett only to claim recently that her recusal was not a recusal "in the legal sense" which would have required her entire office to withdraw from the prosecution.