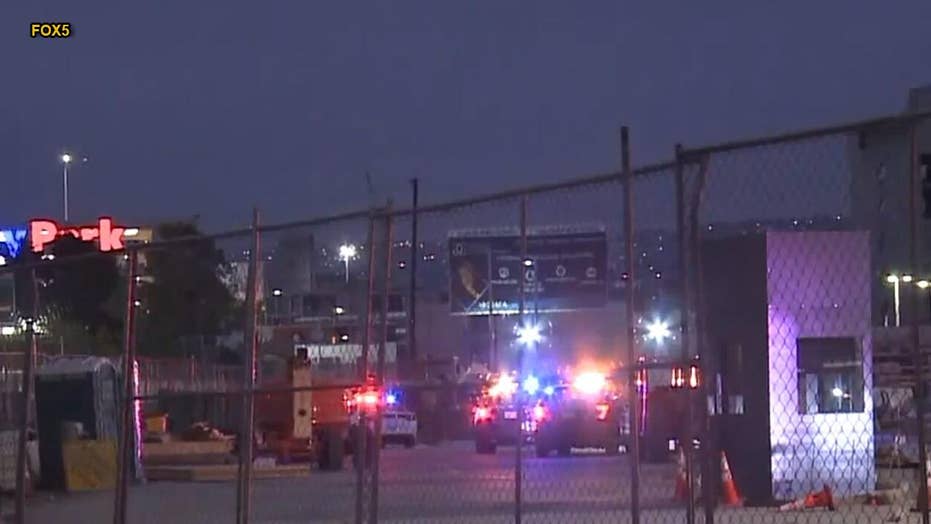 According to the San Diego Police Department, an American male was killed in a shootout with U.S. Customs and Border Protection officers at the San Ysidro Port of Entry Monday night when the man refused to stop for CBP officers. At least a dozen shots were heard by drivers waiting to cross the border. Officials said the suspect was a 23-year-old U.S. citizen. Seven officers were involved in the shooting, but none were injured.

An American man was killed in a shootout with U.S. Customs and Border Protection officers Monday night at the busiest land border crossing between the U.S. and Mexico, officials said.

The San Diego Police Department said in a news release Tuesday the incident happened around 7:43 p.m. at the San Ysidro Port of Entry when a man driving through refused to stop for CBP officers.

Witnesses told investigators the suspect was driving through the Port of Entry from Mexico into the U.S. when he refused to stop and "attempted to drive through the inspection area," according to police.

A video posted to Facebook captured the scene as at least a dozen shots were heard by drivers waiting to cross the border.

Valdez told FOX5 the driver tried to ram the back bumper of his car and he got out and looked for cover just before shots rang out.

“A lot of things went through my head; so, I just decided to run,” he told the television station.

The incident happened around 7:43 p.m. on Monday at the San Ysidro Port of Entry. (FOX5)

"CBP Officers and San Diego Fire-Rescue personnel attempted life-saving measures on the suspect, however, he, unfortunately, did not survive his injuries," police said in a statement.

The name of the suspect was withheld pending family notification, but officials said he was a 23-year-old U.S. citizen. Seven officers were involved in the shooting, but none were injured.

A CBP spokesperson confirmed to Fox News that northbound vehicle and pedestrian lanes at the port of entry were shut down for approximately 30 minutes due to the incident.

Additional details about what led to the confrontation have not yet been released. Authorities in San Diego have asked anyone who may have witnessed the incident to contact the SDPD's Homicide Unit at 619-531-2293 or Crime Stoppers at 888-580-8477.