Iranian activist Masih Alinejad: 'We say no to religious dictatorship'

An Iranian man living in Alabama has been charged with violating U.S. sanctions on Iran by exporting goods to the Islamic Republic.

Ray Hunt — also known as Abdolrahman Hantoosh, Rahman Hantoosh and Rahman Natoosh — used his company to export oil and gas parts to Iran, according to a 15-count federal indictment.

HOW BIDEN ADMINISTRATION CAN HELP IRANIAN PROTESTERS AND PUT PRESSURE ON REGIME: NONPROFIT

Iran's national flags are seen on a square in Tehran February 10, 2012. An Alabama man is charged with trying to evade U.S. sanctions on Iran.  (Reuters/Morteza Nikoubazl)

Hunt allegedly shipped the goods destined for Iran through Turkey and the United Arab Emirates in an effort to evade U.S. sanctions. He operated Vega Tools LLC, which resold industrial parts, including control valves and oil tubing, for the industrial and energy sectors.

In 2017, Hunt exported a Ranger Hydro-Chem Firefighting Nozzle to an Iranian importer of industrial equipment through Turkey, according to court records. The invoice for the part falsely stated it was to be shipped to Turkey, federal prosecutors said.

Hunt faces up to 35 years in prison on all charges and $1 million in fines. 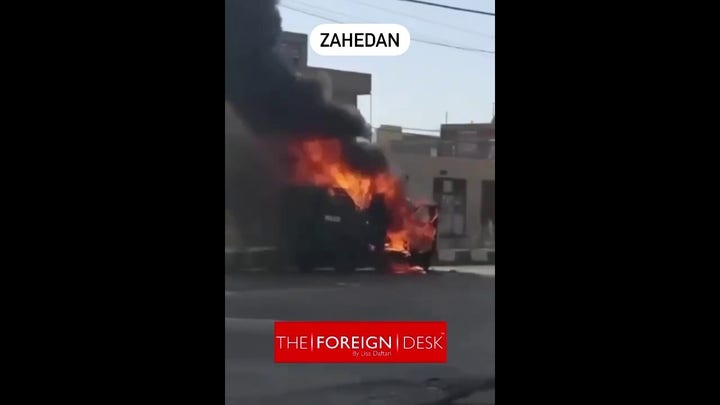 The Biden administration recently announced a new round of sanctions against Iranian officials due to the country's brutal treatment of anti-government demonstrators.