FLORENCE, Ala. – Casey Cole White, the Alabama prison escapee whose 11 days of illicit freedom came to an end on Monday, called fugitive jail guard Vicky White his "wife" when law enforcement agents caught up from him, officials confirmed to Fox News.

Casey White, 38, and Vicky White, 56, had been involved in a police chase in Evansville, Indiana, on Monday evening when law enforcement agents intercepted and collided with the Cadillac that they were in, officials previously said. Vicky then suffered what initially appeared to have been a self-inflicted gunshot wound.

As Casey White exited the vehicle, he told officers his "wife" had shot herself, a spokesperson for the U.S. Marshal Service confirmed to Fox News Digital on Tuesday. The spokesperson did not have Casey’s exact statement to officers and could not confirm whether the couple was actually married. 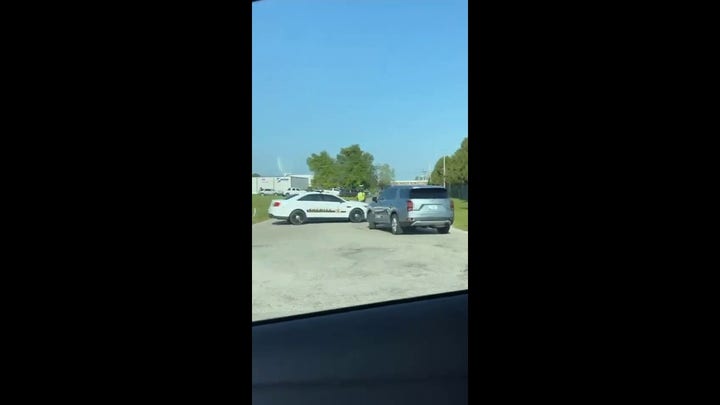 The pair were taken into police custody and Vicky White was rushed to an area hospital with "very serious" injuries, Vanderburgh County, Indiana, Sheriff Dave Wedding told reporters after the crash. Vicky later died, and an autopsy is expected to be performed on Tuesday.

Meanwhile, Casey White was booked into Vanderburgh County Jail around 1:42 a.m. local time Tuesday. He is expected to be extradited to Alabama in the coming days.

The pair were said to have been in the midst of a "jailhouse romance" when they fled from the Florence, Alabama, facility in Vicky's marked vehicle. The woman, an assistant director of corrections at the facility, left alone with Casey claiming she was taking him to an evaluation at the county courthouse.

But, no evaluation was scheduled for that morning. April 29 – the day of the escape – was also supposed to be Vicky's last day on the job before her retirement.

The couple then switched into a 2007 Ford Edge SUV and appeared to have driven north. They abandoned the SUV in Williamson, Tennessee, and at some point picked up a Ford F-150 that was reportedly stolen from Tennessee. The F-150 was found abandoned in Evansville, Indiana, on May 3.

Vicky and Casey White were spotted in Evansville on Monday, when they allegedly led police on a pursuit before their vehicle crashed.

Vicky and Casey were believed to have been in a possession of a shotgun, a rifle and possible Vicky’s service weapon when they fled the facility. In the months before the escape, Vicky sold her home for about half of what she could have gotten and bought the 2007 Ford Edge SUV.

Vicky White was facing charges including at least forgery, identity theft and permitting/aiding an escape. Prior to the manhunt, she spent months telling colleagues that she planned to relocate to the beach.