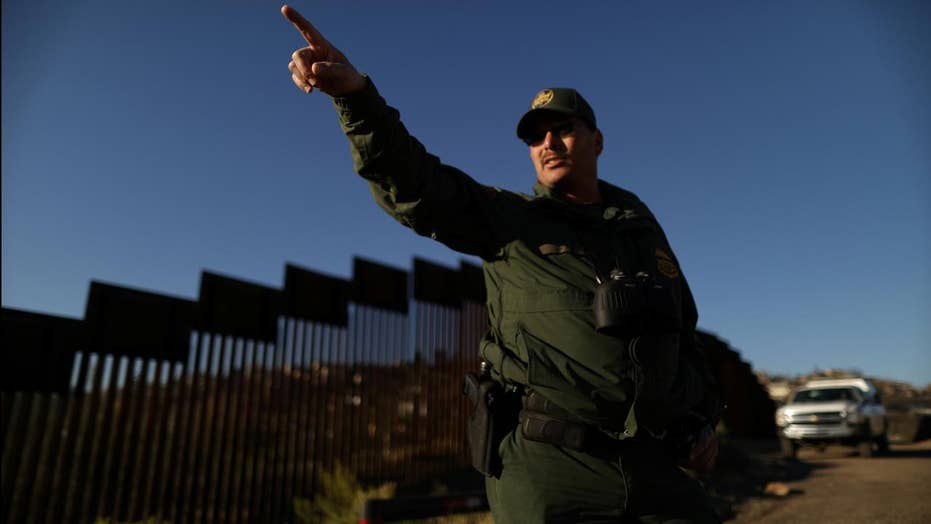 A closer look at the US-Mexico border

The border wall has been the subject of controversy since the election of President Trump, who has vowed to strengthen the porous barrier between the U.S. and Mexico. Here is all you need to know about America's southern border.

FILE - In this Sept. 6, 2012, file photo, cotton farmer Teofilo "Junior" Flores drives his truck along the U.S.-Mexico border fence that passes through his property in Brownsville, Texas. President Donald Trumpâs vow to accelerate construction of a âcontiguous, physical wallâ along the Mexican border is slamming into a Washington reality _ whoâs going to pay for it and how? (AP Photo/Eric Gay, File) (Copyright 2017 The Associated Press. All rights reserved.)

A third of the border stretches alongside federal and tribal lands.

The rest is state or privately owned, mostly in Texas, which shares a 1,200-mile border with Mexico.

In this Sept. 6, 2012, photo, a tractor is used to farm in cotton field along a border fence that passes through the property in Brownsville, Texas. Since 2008, hundreds of landowners on the U.S.-Mexico border have sought fair prices for property that was condemned to make way for the fence, but many of them received initial offers that were far below market value. (AP Photo/Eric Gay)

There is just over 1 million acres of federally protected wildlife.

File - In this Feb. 4, 2009 file photo, the sun beats down on construction workers constructing the border wall in Granjeno, Texas. If Congress agrees on a comprehensive immigration reform bill, it will probably include a requirement to erect fencing that would wrap more of the nation's nearly 2,000-mile Southwest border in tall steel columns. But the mandate would essentially double down on a strategy that the Customs and Border Protection agency isn't even sure works. (AP Photo/Eric Gay, File) (A2009)

Construction on U.S.-funded fencing started in the 1990s, with 14 miles going up along the California border during that decade.

The last major legislation was the Secure Fence Act in 2006. About $2.3 billion has been spent between 2007 and 2015 on pedestrian and vehicle fencing.

McAllen, Texas, has about 140,000 people. It's the busiest sector for illegal crossings for people from Mexico and Central America.

Unemployment is about 8 percent, down from 22 percent in the early 90s.

Mexican customers make up a third of McAllen's retail sales. More than 91 percent of the population is Hispanic.