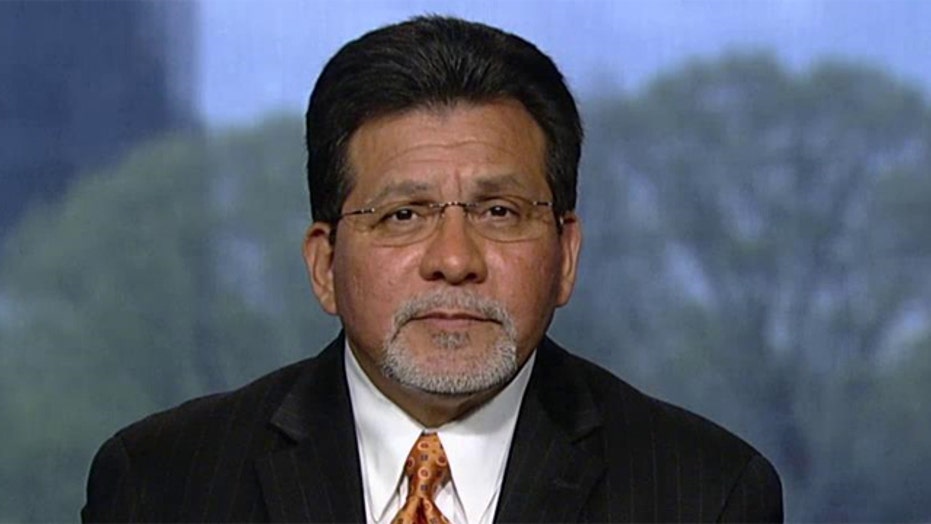 ST. PAUL, Minn. – When Guled Ali Omar made up his mind to join the Islamic State group, he wasn't easily deterred.

The Minnesota man emptied his bank accounts last May and planned to fly to Syria via San Diego, federal officials say, but his family confronted him and he set his plans aside. In November, he tried to board a flight in Minneapolis, but was stopped by the FBI.

Even while under investigation, Omar and five other men kept trying to make their way to Syria, coming up with a plot to secure false passports.

Omar is among six Minnesota men of Somali descent charged with terrorism-related offenses in a criminal complaint unsealed Monday. They are among the latest Westerners accused of traveling or attempting to travel to Syria to join the Islamic State group, which has carried out a host of attacks including beheading Americans.

In Alabama on Monday, a spokesman for Muslim couple said their 20-year-old daughter fled a Birmingham suburb to join IS militants in Syria after being recruited online. The woman's whereabouts weren't immediately clear.

"What is remarkable about this case is that nothing stopped these defendants from pursuing their goal," U.S. Attorney for Minnesota Andy Luger said Monday. "They never stopped plotting another way to get to Syria to join ISIL," using an alternative acronym for the militant group.

The Minneapolis area is home to the largest concentration of Somali immigrants in the U.S. Since 2007, more than 22 young Somali men have also traveled from Minnesota to Somalia to join the militant group al-Shabab, which is also listed by the U.S. State Department as fomenting terrorism. Al-Shabab gunmen carried out an attack on a university in Kenya on April 2 that left 148 people dead, most of them university students.

Authorities have said a handful of Minnesota residents have traveled to Syria to fight with militants in the past year, and at least one has died.

All six are of Somali descent. Daud is a permanent resident, and Guled is a naturalized citizen. The others were born in the U.S.

Luger said that in this case, there was no "master recruiter" in Minnesota's Somali community, but rather this group of family and friends engaged in "peer-to-peer" recruiting. They also helped each other with funding -- taking money out of their own accounts or, in one case, trying to sell a car.

They had help from Abdi Nur, another friend who was successful in getting to Syria last May and had become a "de facto foreign fighter recruiter for those in Minnesota," Luger said.

"What this case shows is that the person radicalizing your son, your brother, your friend, may not be a stranger," Luger said. "It may be their best friend, right here in town."

He said Nur, who was charged late last year, had regular contact with the men in the group and served as a source of inspiration for those who wanted to follow his path.

All six were arrested Sunday. Adnan Farah, Abdurahman, Musse and Omar were arrested in Minneapolis. They entered no plea, as is standard, during an initial court appearance Monday and were ordered held pending detention hearings Thursday.

Mohamed Farah and Daud were arrested Sunday in San Diego and appeared in court there. They were also ordered held pending hearings Friday and are expected to be returned to Minnesota to face charges.

Minneapolis FBI Special Agent in Charge Richard Thornton said the pair had gone to San Diego to pick up fraudulent travel documents with the intention of going to Mexico, then on to Syria.

An FBI affidavit says they traveled with another man who was cooperating with authorities. Luger said this man was once part of the conspiracy but changed his mind and began recording conversations.

Longtime community activist Omar Jamal, who is working with the families, said many Somali community members believe the young men were entrapped.

Abdihamid Farah Yusuf, the father of brothers Adnan Farah and Mohamed Farah, said he doesn't believe his sons did what authorities allege.

Guled Omar's older brother, Ahmed Ali Omar, was among those who joined al-Shabab, leaving Minnesota in December 2007, according to the FBI affidavit. Ahmed Omar remains a fugitive. The court documents also say when agents went to Omar's house in November, another brother, Mohamed Ali Omar, threatened them. Mohamed Omar was convicted.

An FBI affidavit says Guled Omar had also tried to go to Somalia in 2012 to join al-Shabab.

Three of these newest defendants -- Mohamed Farah, Abdurahman and Musse -- were stopped at a New York City airport in November along with 19-year-old Hamza Ahmed, but they were not charged until now.

Mohamud Noor, executive director of the Confederation of Somali Community in Minnesota, said he is saddened by the arrests. He said one of the young men came to him and asked for help, and Noor didn't have the resources to intervene before it was too late.