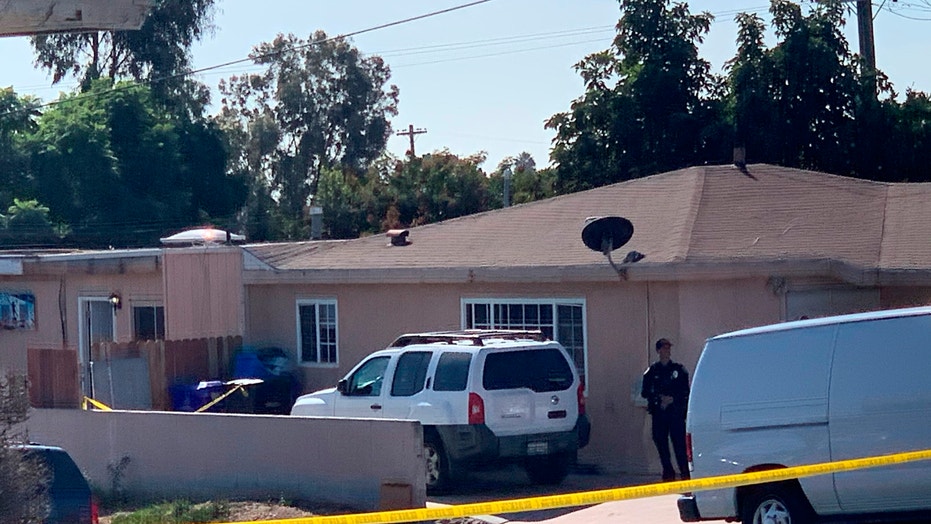 Five people, including three boys under the age of 10, were killed Saturday in an apparent murder-suicide at a home in the Paradise Hills neighborhood of San Diego, police said.

Lt. Matt Dobbs told reporters that officers responded to a 911 call during which dispatchers heard the sound of arguing in the background. Soon after, a relative who lived next door called 911 and reported hearing arguing and what sounded like a nail gun being fired.

The 31-year-old man is believed to have shot his wife and four children in the domestic dispute. Dobbs said the man's wife obtained a restraining order against her husband, from whom she'd been separated from for some time, yesterday but it was unclear whether that restraining order had been served or whether the suspect was aware of it.

Dobbs added that officers responded to the same address on Nov. 1 over a property dispute. The husband had asked for some tools from the wife and the matter had escalated to a domestic disturbance. At that time, police gave the wife with information as to how to retain a restraining order against her husband.

“I heard some gunshots,” said Sanya Gordon, who lives nearby, told Fox 5 San Diego on Saturday. “I saw a bunch of police cars. I saw them taking the bodies out of the house. I felt sick to my stomach.”

Gordon said she hadn’t known the children personally, but saw them playing with the other neighborhood kids outside and riding their bicycles frequently.

Dobbs said the mother and four children lived in a unit next to a main house occupied by other family members.