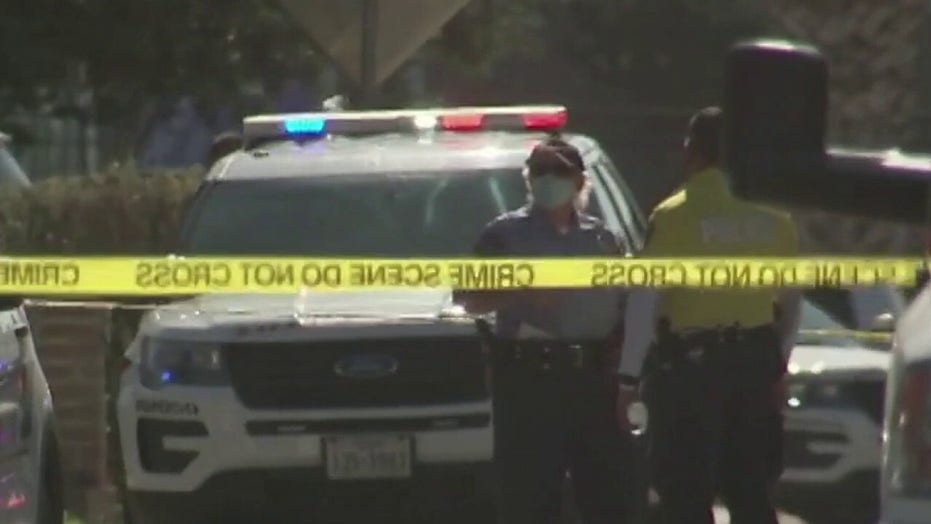 Two police officers were killed in a Texas border town Saturday in what authorities described as an ambush shooting.

The gunman later killed himself after engaging in a shootout with other responding officers, The Monitor of McAllen, Texas, reported.

The slain McAllen officers were identified as Edelmiro Garza, 45, and Ismael Chavez, 39. They were killed while responding to a domestic disturbance complaint, The Monitor reported.

“We have lost two brave public servants who sought only to keep peace in our City,” McAllen police Chief Victor Rodriguez said via text message Saturday, according to the newspaper.

Texas Gov. Gregg Abbott addressed the news via Twitter on Saturday evening and praised the self-sacrifice of the two officers.

"Two of our finest were killed in the line of duty while working to protect residents in their community," Abbott wrote. "I've spoken with McAllen Police Chief Victor Rodriguez and offered the full support of the State of Texas. We unite to #BackTheBlue."

The suspect was identified as Audon Ignacio Camarillo, 23, who was most recently arrested last month on assault charges, according to The Monitor.

Lt. Christopher Olivarez, a spokesman for the state Department of Public Safety, said the officers were transported to an area hospital after the shooting.

The Texas Attorney General's office addressed the killings on Twitter and offered prayers and assistance to the people and police officers of McAllen.

"Our prayers and full support are with the valiant men and women of the #CityofMcAllen PD this evening," the message read. "This office will provide any assistance requested in the days ahead. We are grateful for police in McAllen and around this great state."

The city's government Facebook page had a message of condolence for Garza and Chavez's fellow officers and their families.

"Today, two McAllen Police officers were killed in the line of duty," the post stated. "The City of McAllen extends its deepest condolences to the McAllen Police Department and to the families of Officer Edelmiro Garza and Officer Ismael Chavez. Our City is hurting and our hearts and prayers go out to them during this difficult time."