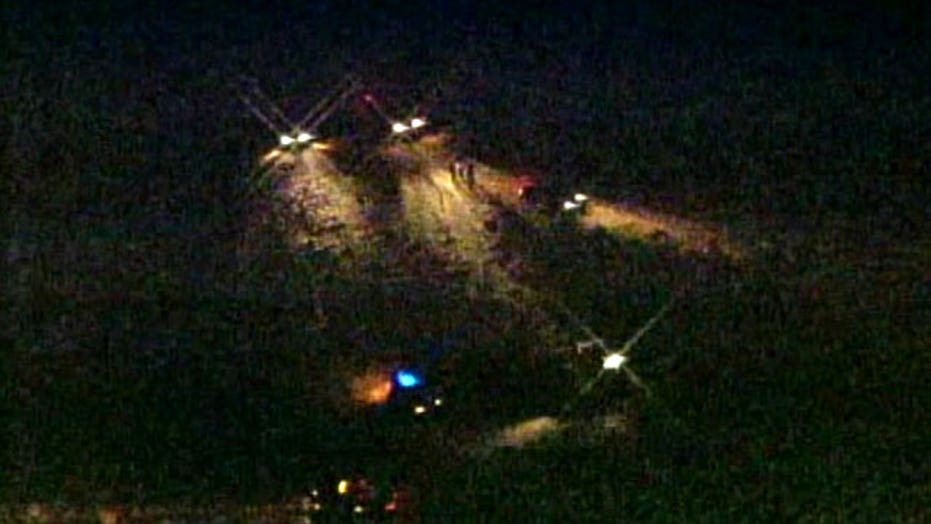 Two skydivers were killed Tuesday after they collided with each other in midair over southern Arizona, collapsing their parachutes and sending them plummeting to the ground.

"Witnesses have reported the two skydivers collided in mid-air at a height of approximately 200 to 300 feet, at which time their canopies collapsed and both fell to the ground," said Sgt. Brian Jerome, an Eloy police spokesman.

Their canopies collapsed and they fell to the ground around 4:50 p.m., Jerome said in a news release.

A third skydiver was injured, but police said the injury "was not related to or caused by" the collision. The injuries were not believed to be serious, Jerome said.

The cause of the collision was under investigation. Police have not yet released names of any of the people who were involved, but authorities told MyFoxPhoenix.com that the skydivers were not U.S. citizens.

The collision occurred at Skydive Arizona, a training facility that operates out of the Eloy Municipal Airport, about 60 miles south of Phoenix. Its website says it's the largest drop zone in the world for skydivers of all skill levels.

"I was coming back from town...and I saw an ambulance going back into town, so I knew something was up, but I didn't know it was here for sure until I got here and then I saw an ambulance coming up real slow...that's an indication that it's a fatality," Mike Holland, owner of the SkyRider Inn, which is next to SkyDive Arizona, told MyFoxPhoenix.com.

Dozens of women gathered at the site Saturday to break the world record for an all-female mass-formation jump.

Nancy Koreen, a spokeswoman for the U.S. Parachute Association, said 63 women made up the formation, all of them flying upside down with their heads down. The previous record was a 41-woman formation.