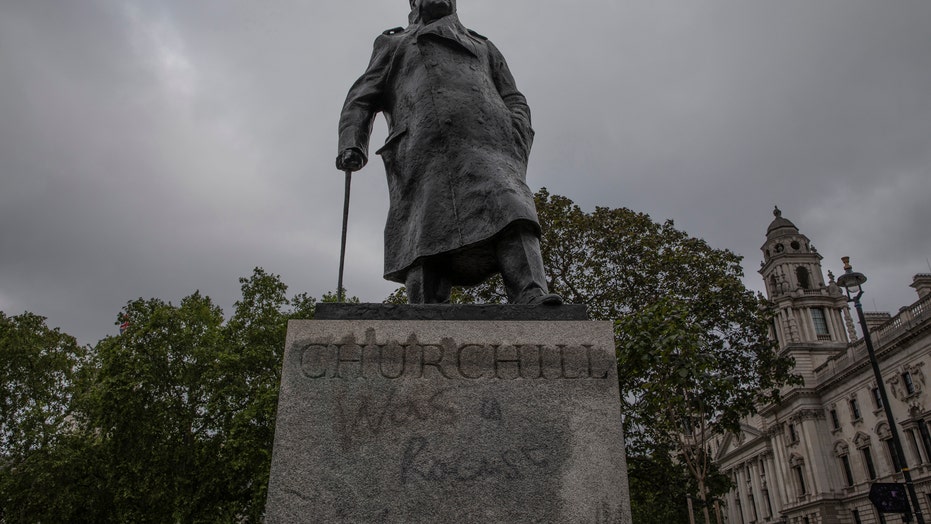 Google's search function has been under scrutiny after an image of British World War II leader Winston Churchill went missing from some search results, amid censorship concerns. The tech giant blamed the missing image on a glitch.

The BBC reports that the image of Churchill was missing from the information bar on the right-hand side of Google search results for several weeks. The information bar, which is known as the knowledge panel, featured a gray silhouette as opposed to an image of the former prime minister, according to the BBC.

The image’s removal sparked concerns about censorship amid controversy over a London statue of the British wartime leader. The famous monument to the former prime minister in London’s Parliament Square was defaced amid recent protests about police brutality and race relations. The statue was subsequently boarded up to prevent further vandalism.

U.K. Culture Secretary Oliver Dowden contacted the tech giant about the image’s removal. “Spoke to @GoogleUK early this am regarding concern of missing image of Churchill Pleased to say now resolved,” he tweeted on Sunday. “Awaiting a full explanation of what happened from Google -- they believe an error rather than deliberate.”

The Knowledge Panel uses Google’s Knowledge Graph, a system that draws information from across the web, in addition to open source and licensed databases, according to the Mountain View, Calif.-based firm. Since its launch in 2012, Knowledge Graph has amassed over 500 billion facts about 5 billion entities, according to a Google blog post.

On Sunday, Google Search Liaison explained that, at the end of April, the company received feedback that the image automatically selected for Churchill in the knowledge panel wasn’t representative of him. The image, Google said, was of Churchill as a younger man. The British wartime leader, Google tweeted, is “more famously & iconically pictured when older.”

“Following our procedures, human reviewers processed the feedback, determined the image wasn’t most representative of Churchill & we blocked the unrepresentative image to allow the systems to automatically select a different one, according to our policies,” Google added in a subsequent tweet.

However, the gray silhouette remained in the knowledge panel.

“Normally, the image would update quickly. In this case, a bug in our systems prevented a new representative image from updating. As a result, Churchill’s entry lacked an image from late April until this weekend, when the issue was brought to our attention & resolved soon after,” Google tweeted.

Google noted that images of Churchill were still easy to find through internet and image searches on Google.

The company apologized for the image’s absence from the knowledge panel.

LONDON, ENGLAND - JUNE 08: The Churchill statue in Parliament Square that had been spray painted with the words "was a racist" on June 08, 2020 in London, England. (Photo by Dan Kitwood/Getty Images)

“We’ve now resolved the issue that was preventing the picture of Sir Winston Churchill from being updated to appear in his knowledge panel and Knowledge Graph-related lists. Again, this was not purposeful. Our apologies for the concerns caused," Google tweeted.