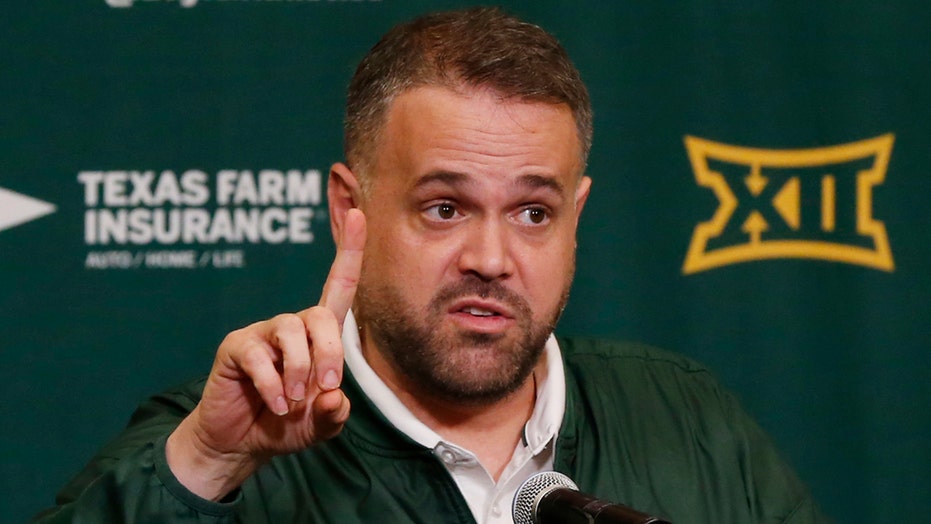 The Carolina Panthers hired Matt Rhule as their next head coach to replace Ron Rivera and interim coach Perry Fewell.

Rivera was the Panthers’ coach from 2011 to Week 13 of the 2019 season. He coached the Panthers to a Super Bowl during the 2015 season behind an MVP year from Cam Newton, but the Panthers only had one winning season after that run. Frustrated with losing, Panthers owner David Tepper canned Rivera after their Week 13 game and, seven days into 2020, reportedly made Rhule the head coach.

Carolina has not made the playoffs in the last two seasons. They won the NFC South division in 2017 but lost in the NFC Wild Card round.

Here are some things to know about Rhule as he gets set to become the fifth head coach in Panthers history.

Rhule has been in college football since 2013, first with Temple and then with Baylor.

In his first season with the Owls, he had a 2-10 record. He improved to 6-6 the next season, narrowly missing out on a bowl game. In his third year, the Owls went 10-3 before losing in the Boca Raton Bowl. In his final year at Temple, the Owls were 10-2 and lost in the Military Bowl. Before those two 10-win seasons, the Owls hadn’t had more than nine since 1979, when they were independent.

Rhule then took over at Baylor in 2017, where the Waco, Texas, program was still dealing with the public fallout from the Art Briles scandal. In 2017, the Bears were an abysmal 1-11. He led the team to a 7-6 record in 2018, including a Texas Bowl victory. In 2019, Rhule and the Bears finished 11-3 and received a Sugar Bowl berth but lost.

WHO IS JOE JUDGE? 5 THINGS TO KNOW ABOUT THE NEW GIANTS COACH

2). HE HAS NFL EXPERIENCE

Rhule had a brief stint in the NFL when he was a coach with the New York Giants. He served as an assistant offensive line coach under Tom Coughlin in 2012. He coached great Giants linemen like David Diehl, Chris Snee and Kevin Boothe. However, the Giants went 9-7 and missed the playoffs.

3). RHULE WAS A HOT TICKET IN PREVIOUS YEARS

NFL teams were interested in making Rhule their head coach prior to the start of the 2019 season. Rhule interviewed with the Indianapolis Colts and the New York Jets before deciding to stay at Baylor. He praised the Jets as a “first-class” organization, according to the Dallas Morning-News.

A 2017 interview where Rhule was praising Giants general manager Dave Gettleman also surfaced before he ended up choosing the Panthers.

It was widely reported that the Giants were interested in Rhule before going with Joe Judge at their next head coach. According to the NFL Network, Rhule called the Giants before signing his deal with the Panthers to give them an opportunity to match. New York declined.

NFL Network reported that Panthers team owner David Tepper was in Texas meeting with Rhule and his family. Rhule was set to have a meeting with the Giants on Wednesday but Carolina decided to make him an offer he couldn’t refuse.

Rhule and the Panthers agreed to a seven-year, $60 million deal which could be increased to $70 million with incentives, according to ESPN. Carolina also committed to putting resources into a sports science program that Rhule wanted, the NFL Network reported.