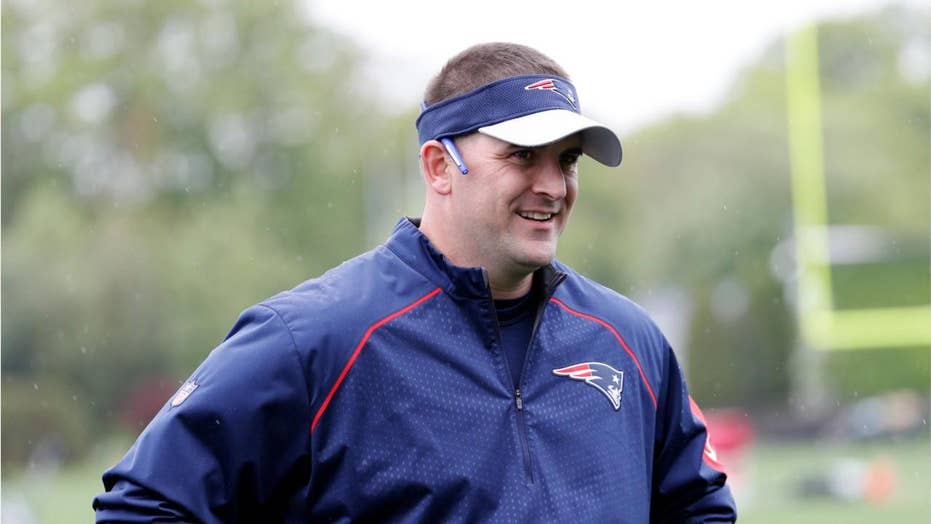 Reports: New York Giants to hire Joe Judge as their next coach

The New York Giants will reportedly hire New England Patriots wide receivers and special teams coach Joe Judge as their next head coach. Judge has been in the Patriots’ organization since 2012 and will replace Pat Shurmur, who coached the Giants to two losing seasons.

Shurmur only led the Giants to nine wins during his two seasons with the team. Big Blue is set to hire a relative unknown as their next coach.

New York has not made the playoffs in three seasons and has only made the postseason one time since the organization parted ways with Tom Coughlin.

Here are some things to know about Judge as he gets set to become the Giants’ third coach in five seasons.

Judge, 38, played college football at Mississippi State from 2000 to 2004. He was the team’s backup quarterback but mostly was a holder for the kicker on special teams, according to the Clarion-Ledger. He earned three letters during his time with the Bulldogs.

After his playing days were over, he got his coaching start with the Bulldogs as a graduate assistant from 2005 to 2007 before becoming the linebackers coach for Division III Birmingham-Southern.

Judge’s two uncles have a connection to the boxing world.

Jerry Judge fought George Foreman in 1975. Foreman defeated Judge via technical knockout in the second round but controversy came when fans started to throw things into the ring. His fight was a part of a promotion called Foreman vs. The Five, according to The Intelligencer. If Judge would have knocked Foreman down he would have collected $5,000.

Kerry Judge had a brief cameo in “Rocky V.” He was credited as a boxer in the movie.

Judge is coming to the Giants after having spent eight years as a coach under Bill Belichick and the New England Patriots. Judge served as a special teams assistant from 2012 to 2014 and a special teams coordinator from 2015 to 2018. He was also the wide receivers coach in 2019.

Between his stint at Birmingham-Southern and the Patriots, Judge was working with Alabama head coach Nick Saban. Judge was a special teams assistant at Alabama from 2009 to 2011.

4). WAS IN THE RUNNING FOR MISSISSIPPI STATE JOB

Judge reportedly turned down the Mississippi State job to take the head coaching job for the Giants.

5). THE GIANTS THINKING ABOUT JASON GARRETT

Garrett parted ways with Dallas after nine seasons. Taking the Giants job and finding success would be key in potentially getting a new NFL head coaching gig down the line for Garrett.