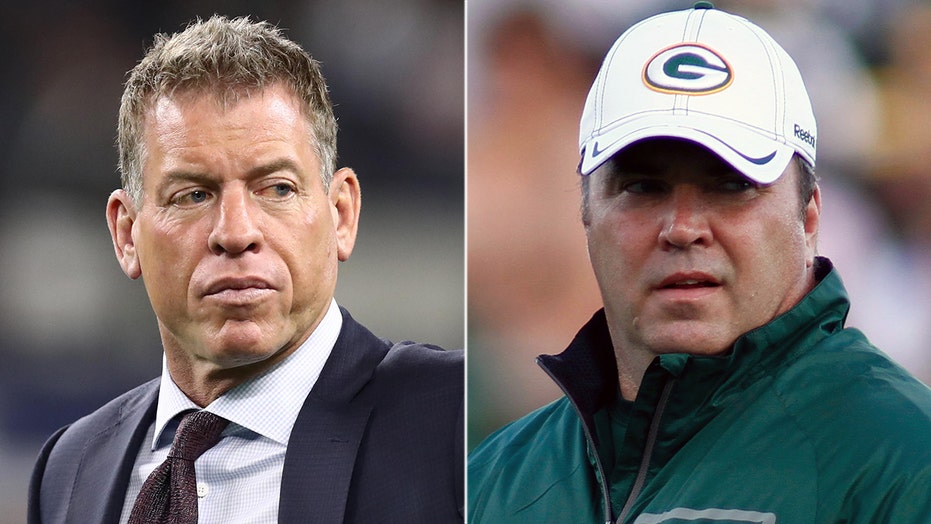 Hall of Fame quarterback Troy Aikman praised the Dallas Cowboys’ reported hiring of Mike McCarthy as their next head coach, replacing Jason Garrett after nine seasons at the helm.

Aikman said in an interview on “The Rich Eisen Show” that he believes the Cowboys “picked the right guy.”

“I think you’re going to see probably a little bit of a different Mike McCarthy in what he wants to do offensively, maybe as well on the management side of things,” Aikman said. “But I think it was a really good hire. He’s obviously been hugely successful by any measurement as a head coach. I think the Cowboys picked the right guy.”

While McCarthy might be the right coach for the team in the three-time Super Bowl champ’s eyes, Aikman on Sunday told FOX 4 Dallas that he took an issue with the way the team handled Garrett’s dismissal. Dallas appeared to wait more than a week before officially letting Garrett go.

“He committed everything he had to the organization and to doing the best job that he could,” Aikman said of Garrett. “He made it a priority, and he committed himself. Breakups are always hard -- we all understand that -- at whatever level they occur, but I don't know that after all that he gave and committed to this organization that he received the same in return.

Dallas and Garrett officially parted ways Sunday. However, it was reported that the Cowboys were meeting with McCarthy and former Cincinnati Bengals coach Marvin Lewis about the job before officially announcing their decision on Garrett.