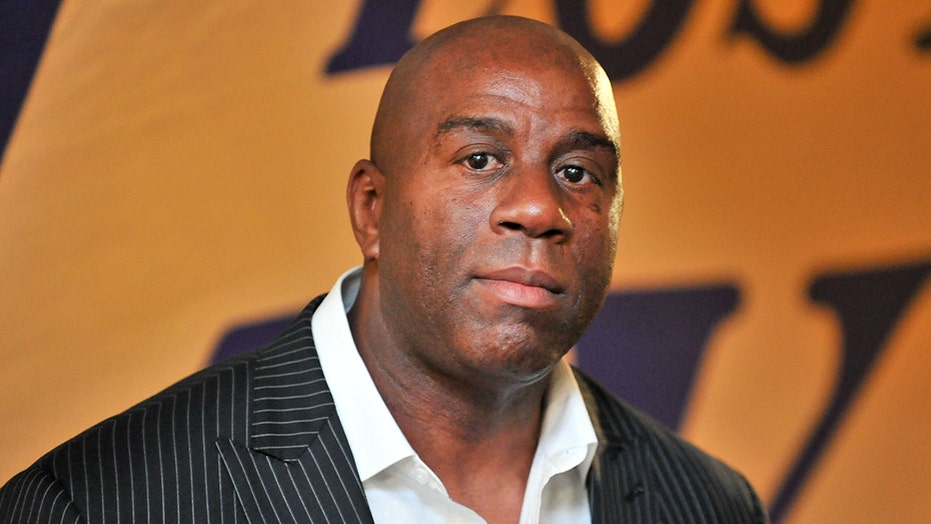 Magic Johnson may have stepped down as the Los Angeles Lakers’ president of basketball operations in April but that didn’t appear to stop him from giving notes to the organization’s front office.

Johnson told the Los Angeles Times on Saturday he was texting with Lakers part-owner Jeanie Buss, general manager Rob Pelinka and special adviser Kurt Rambis and urged them to get the reported Anthony Davis deal done.

He said while it might not have worked out with the team, he didn't hold a grudge.

"Listen, all that stuff is past us. I have prayed on that and moved past being mad or upset. I want us to win, so that’s why I was sending notes. I wanted us to make this trade because I knew this was a great trade for both teams. The Pelicans got three young talented guys and they got a great pick at No. 4 and two other first-round picks so it was a great trade for them, too.”

The New Orleans Pelicans reportedly traded Davis to the Lakers for Lonzo Ball, Brandon Ingram, Josh Hart and a handful of draft picks. The trade cannot become official until July 6, at the earliest.

Johnson also congratulated Buss and Pelinka in a tweet after news of the trade broke.

The drama between Johnson and Pelinka was aired out in May when the Basketball Hall of Fame guard appeared on ESPN and accused Pelinka of betraying him.

As Johnson told the Los Angeles Times, the drama appears to be behind him.