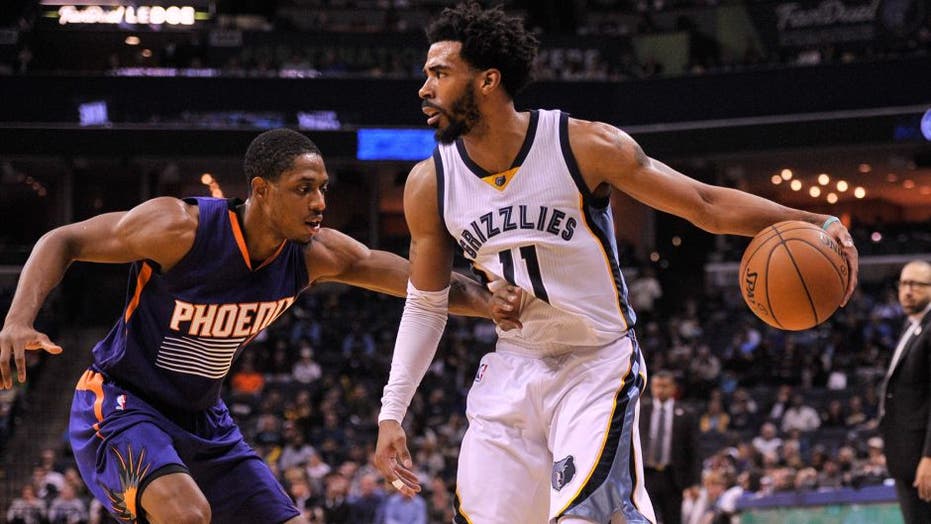 The Memphis Grizzlies agreed to trade point guard Mike Conley Jr. to the Utah Jazz for a package of players and multiple draft picks, according to multiple reports.

The Grizzlies will receive Grayson Allen, Kyle Korver, Jae Crowder, the No. 23 pick in Thursday’s NBA Draft and a protected 2020 pick, according to ESPN.

The trade will become official on July 6.

Conley has been one of the Grizzlies’ franchise centerpieces since the team drafted him with the No. 4 pick of the 2007 NBA Draft. He’s played in a majority of the team’s games since then, though he only played in 12 during the 2017-18 season.

The Grizzlies rewarded Conley with a five-year, $152 million contract extension during the summer of 2016, which made him the highest paid player in the league at the time. He has two more seasons left on the deal and would become an unrestricted free agent in 2021.

Conley later tweeted about news of the reported trade.

Last season, Conley averaged 21.1 points and 6.4 assists in 70 games. Memphis also traded their other face of the franchise, Marc Gasol, to the Toronto Raptors during the season.

In return, the Grizzlies will receive two veterans in Korver and Crowder and a young guard in Allen who is entering his second season in the league. Memphis also has a chance to build something with having the No. 2 pick and reportedly having the Jazz’s No. 23 pick of Thursday’s draft.