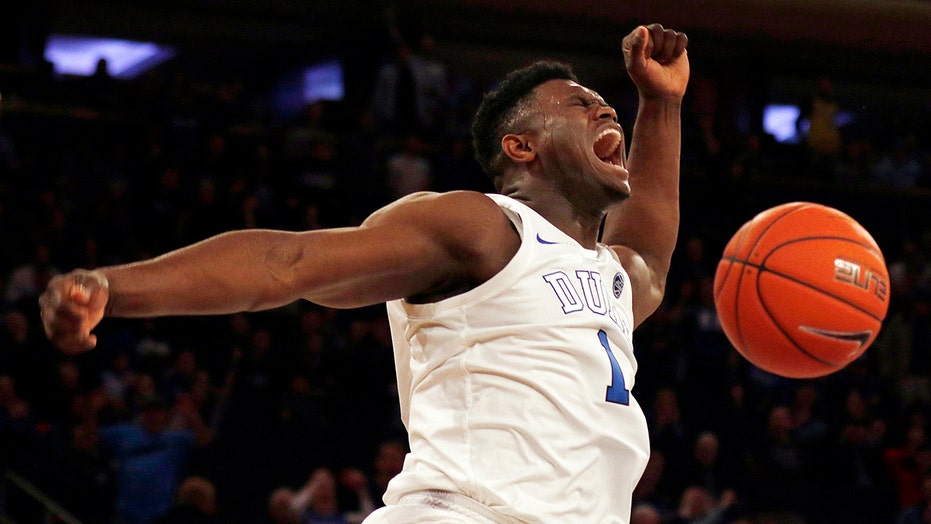 Zion Williamson is likely to be the first selection during Thursday’s NBA Draft.

On Wednesday, he found himself surrounded by reporters as he took questions ahead of the draft where he will likely end up with the New Orleans Pelicans.

There was one photo that went viral on social media that showed the allure of the 18-year-old former Duke phenom.

Williamson was placed at a table next to Goga Bitazde – who also hopes to be selected by an NBA team. Bitazde was sitting alone at his table and was looking at Williamson when the photo was taken.

Bitazde, who is a European prospect out of Georgia, didn’t appear to get much fanfare for his media availability.

He told Eurohoops TV the photo just made him “more hungry.”

Bitazde also received support from Dwyane Wade, Bam Adebayo and Draymond Green who all told him to use the moment as motivation, according to Yahoo Sports.

Bitazde is expected to be a late first-round pick.