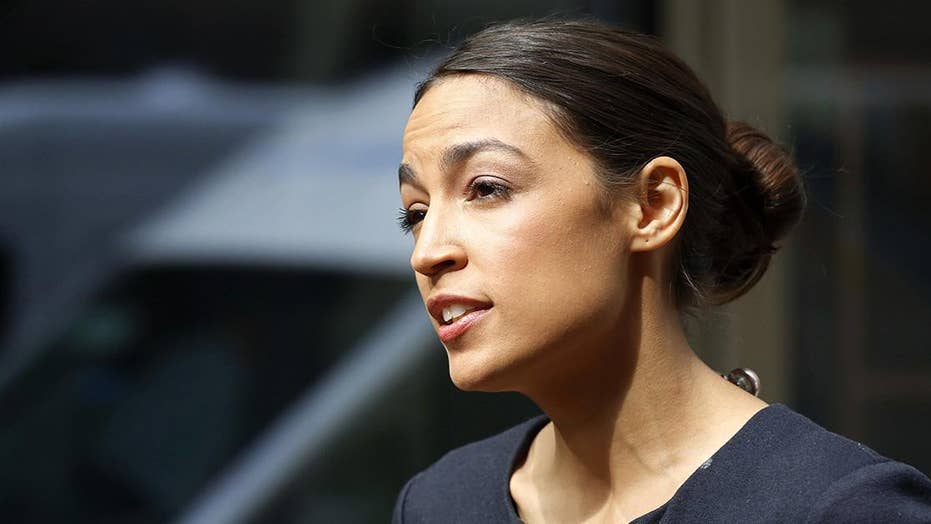 Meet the freshmen: Over 100 new lawmakers will be sworn in when Congress reconvenes

How will the new class impact Republican and Democratic agendas on Capitol Hill? Insight from Kelsey Harkness, fellow with The Independent Women's Forum and a senior producer at The Daily Signal, and Ben Kissel, radio talk show host and political commentator.

The federal government will remain partially shuttered as the new 116th Congress begins work Thursday – but history will be made as many of the new members are sworn in.

Following the midterm elections, Democrats regained control of the U.S. House – setting up Minority Leader Nancy Pelosi to take back the speaker’s gavel. Pelosi was the first woman ever to serve as House speaker when she was first tapped for the job in 2007.

Here’s a look at five things to watch as Congress comes back to work.

Democrat Nancy Pelosi of California is expected to become Speaker of the House again on Jan. 3.  (AP Photo/J. Scott Applewhite)

California Rep. Nancy Pelosi is expected to get her old job as House speaker back as the new Congress convenes Thursday. Pelosi made history as the first woman elected speaker of the House in 2007 – and she will be the first lawmaker to regain the gavel in more than a half-century.

Pelosi, 78, faced early opposition from some in her own party who called for a fresh generation of guidance. But one-by-one, Pelosi managed to win over several skeptics through promising lead positions on their legislative priorities or special panels. She also struck a deal with Democrats by vowing to serve no more than four years in the leadership position.

TRUMP VERSUS DEMOCRATS: A LOOK AT WHICH LAWMAKERS ARE SET TO BATTLE THE PRESIDENT IN 2019

In accepting the gavel, Pelosi will give a nod to the new era of divided government with a pledge to “reach across the aisle in this chamber and across the divisions in this great nation,” according to excerpts of her prepared remarks.

With President Trump and Democrats at odds over funding for a border wall, the government has remained partially closed since before Christmas.  (AP Photo/Carolyn Kaster)

As the new Congress convenes, the partial government shutdown continues in its 13th day – with no end in sight in the showdown between Trump and lawmakers over funding for a border wall.

The Democrat-controlled House plans to vote on a pair of bills to reopen the government, which includes a plan to fund the Department of Homeland Security at current levels through Feb. 8, with $1.3 billion allotted for border security. Other departments affected by the partial shutdown would be funded for the remainder of the fiscal year until the end of September.

LINDSEY GRAHAM: TRUMP CAVING ON BORDER SECURITY ‘PROBABLY THE END OF HIS PRESIDENCY’

But neither the White House nor the Republican-controlled Senate is likely to budge and support a bill that doesn’t allocate for the $5 billion for a border wall that Trump demanded.

“Both parties must work together to pass a Funding Bill that protects this Nation and its people – this is the first and most important duty of government,” Trump tweeted Wednesday night. “I remain ready and willing to work with Democrats to pass a bill that secures our borders, supports the agents and officers on the ground, and keeps America Safe.”

History made with incoming lawmakers

The new Congress will make history for seating a record number of women and becoming the most racially and ethnically diverse. Additionally, Alexandria Ocasio-Cortez, a New York Democrat, is the youngest woman elected to Congress at 29 years old.

Michigan’s Rashida Tlaib and Minnesota’s Ilhan Omar will become the first Muslim women to serve in Congress. Tlaib will take her oath on a 1734 English translation Quran that belonged to former President Thomas Jefferson.

And Sharice Davids of Kansas along with Deb Haaland of New Mexico will be the first Native American women to serve in Congress. Davids, an activist and lawyer, will also set a record as the first LGBT Native American elected to the House.

In all, 127 women — 106 Democrats 21 Republicans — will serve in the 116th Congress, holding nearly 24 percent of all seats, according to the Center for Women and Politics at Rutgers University.

Push for Green New Deal and other progressive policies

Two self-described Democratic Socialists will officially join Congress Thursday (Tlaib and Ocasio-Cortez) as big-government policies – such as the Green New Deal and Medicare for all – are on the agenda for some party members.

It’s unclear when and if any of these programs will make it to the floor, let alone pass the House. But their growing support marks an astonishing rise for socialist-leaning policies in just a few years and reflects a shift in the party itself.

A draft proposal, which calls for a select committee to be formed to create an official plan, calls for eliminating greenhouse gas emissions from manufacturing and agriculture while “dramatically” expanding energy sources to meet 100 percent of power demand through renewable sources as well. It also demands a job guarantee program offering a “living wage job to every person who wants one.”

Single-payer proposals, like Medicare for all, would rely on the government to control the health care system. It’s been championed by more progressive Democrats, and more than half of House Democrats in the new Congress have supported plans to open Medicare to any American, regardless of age, according to The New York Times.

Rep. Brad Sherman, D-Calif., plans to hit the ground running as Democrats take control of the House Thursday – by introducing articles of impeachment against Trump, according to the Los Angeles Times.

He is accusing the president of obstructing justice by firing former FBI Director James Comey, the newspaper reported.

“Every day, Donald Trump shows that leaving the White House would be good for our country,” Sherman, 64, said.

This isn’t the first time Sherman has introduced articles of impeachment against Trump. But when he did so in 2017, Republicans controlled the House.

Pelosi isn’t ruling out impeachment proceedings entirely. Ahead of the new Congress convening, she told NBC News she wants to “see what comes” from special counsel Robert Mueller’s probe of Trump’s presidential campaign and Russia.