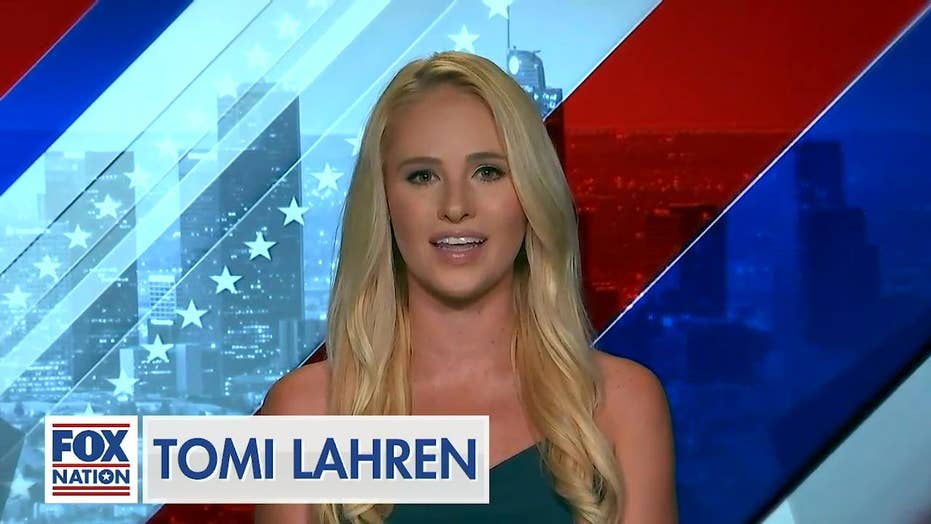 Fox Nation host Tomi Lahren came to the defense of SNL star Pete Davidson Friday after a now-viral rant showed him ripping into college students during a recent show at the University of Central Florida (UCF).

Lahren explained that while she usually disagrees with much of what Davidson stands for, "he made a good point" rebuking the students for having their cellphones out, despite the "clear no cellphone rule."

"Listen, I don’t approve of his word choices," said Lahren, "and he may have overreacted a little bit — but he makes a good point and a point those in my generation need to hear, whether it sounds nice or not," she said in her Fox Nation daily commentary "First Thoughts."

During his performance at UCF's Pegasus Palooza Comedy Knight, the Saturday Night Live comedian halted his stand-up routine and went off on a profanity-filled rant against millennials, berating students who were filming the show.

"If you film everything but not enjoy the show for (expletive) an hour, then like, I don't gotta be here for that," he said. "You can just give them their money back because I don't give a (expletive)."

PETE DAVIDSON ABRUPTLY CANCELS SOLD-OUT GIG, ONE DAY BEFORE HE WAS SCHEDULED TO PERFORM

Davidson continued, throwing shade at the school that was hosting him.

"So like, whenever somebody else comes to your (expletive) town and wants to perform and is exhausted and flies all the way to the middle of (expletive) nowhere to do jokes for you, you little privileged (expletives), don't (expletive) ruin the show for people who actually want to be here," he said.

Some in the audience began to laugh and broke out into applause — but Davidson had more to say on the matter.

"Don't clap, that's the problem. That's what's (expletive) up about our generation," he said. "That's why we're embarrassing."

He continued with his rant, using insulting and derogatory terms, but eventually calmed down.

“Where’s the next generation? … Don’t you want your parents to be proud of you? … Now we’ll continue. I just wanted to scare you. Just grow up."

Lahren said Davidson is "far from her favorite person," but she agreed with his overall message and blamed the "coddling" of her generation for the students' inability to properly abide by the rules.

"The sign said 'no cellphones' but these students ignored it because quite frankly, they feel they are entitled to do whatever the heck they want with no consequences. How did we get here? Well, simple. My generation has been coddled with safe spaces, trigger warnings, and bubble wrap for most of our lives," said Lahren.

"My generation has been told red pens are bad for self-esteem, Everyone deserves a trophy, regardless of merit, Conservative speakers coming to campus warrant tantrums and even riots And cry-ins and safe spaces are necessary to remedy election upsets," she continued.

Lahren urged for millenials and Gen Z'ers to "grow up" and said Davidson "hit the nail on the head."

"It’s embarrassing. We, as a generation, are embarrassing," she said. "Why does it seem like most millennials and Gen Z'ers would rather post selfies than earn a living?" the Fox Nation host asked, urging students to "change the narrative."

"If this isn’t who we are and we are misrepresented as a generation, let’s wake up and change the narrative. Yes, I said 'wake up' not 'get woke.' Y’all are plenty 'woke' you need to open your eyes to more than victimhood, entitlement and complaining. I am a millennial and I know we are better than this."

To see the full segment and for daily episodes of "First & Final Thoughts" hosted by Tomi Lahren, visit Fox Nation and join today.