Bloomberg’s comments made in 2016 at a university forum continue a trend of old remarks that are coming back to haunt the billionaire's bid for the Democratic nomination.

“He’s trying to replace Biden and he’s succeeding in replacing Biden as the gaffe king,” said Sununu, who is also the former White House chief of staff under President George H. W. Bush. Bloomberg’s comments that have been surfacing are “pointing out how insensitive this guy is.”

“He had the most racist language when he was talking about ‘stop and frisk,’” Sununu continued, referencing last week’s newly surfaced recording of a 2015 speech in which the former New York City mayor made a full-throated defense of the controversial policing procedure.

In remarks to the nonprofit Aspen Institute, the billionaire Bloomberg acknowledged that "stop and frisk" targeted minority "kids," whom he said cops must throw "up against the wall" to ensure they were not carrying weapons. The Aspen Times reported at the time that Bloomberg representatives asked the institute not to distribute footage of his appearance. 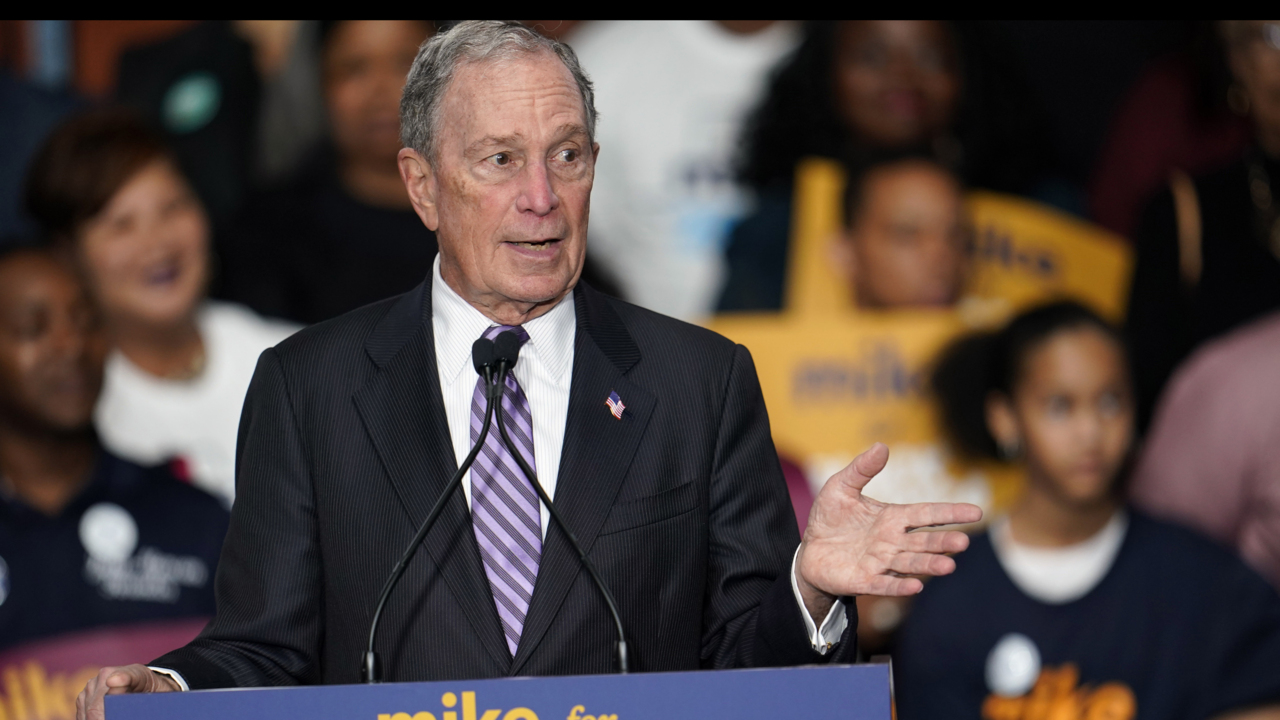 Sununu also noted on Monday that “it is coming out that [Bloomberg] created a workplace that was hostile to women with his language on maternity and other things and now we're finding out he hates middle America because they're all a bunch of farmers.”

He was referencing a 2016 speech Bloomberg gave at the University of Oxford Saïd Business School where he was asked if it was possible to unite people in middle America with people who live on the coasts. One of the issues standing in the way of that, Bloomberg responded, was the inability of blue-collar workers to adapt to the information economy even if they have their education subsidized.

"The agrarian society lasted 3,000 years and we could teach processes. I could teach anybody, even people in this room, no offense intended, to be a farmer," Bloomberg said.

Bloomberg has faced a litany of negative stories in the past week about his past comments regarding women, African-Americans and others.

The president's son, Donald Trump Jr., reacted to the latest controversial comments tweeting on Monday, “Bloomberg wouldn’t last 3 seconds as a farmer... but like his comments on minorities, you can tell he really hates regular hardworking Americans. He will never fight for them because he couldn’t care less about them.”

When host Sandra Smith asked if the controversy gets in the way of a possible Bloomberg nomination, Sununu said: “I think, in particular, his racist comments are getting in the way.”

“I think that hurts him with a key component of the Democrat constituency,” he continued. “If I were running the president's campaign or even any of the congressional campaigns I'd be asking every Democrat running for office in 2020 if they’re willing to state that they won't take any money from this racist candidate that’s running and ask them not to take any money from racist Mike Bloomberg.”

Responding to an interview with Counselor to President Trump Kellyanne Conway on “Fox News Sunday” where host Chris Wallace pointed out that Trump “made sexist comments, too,” Sununu said: “The voters had to judge on the basis of what was out in the public domain on President Trump and now they're going to have to judge Mike Bloomberg and Mike Bloomberg's comments are terrible.”

“I think it is going to be part of the campaign conversation as we go forward and I think he’s got a real problem both on racism, on sexism, and frankly on his disdain for hard-working Americans,” Sununu continued.