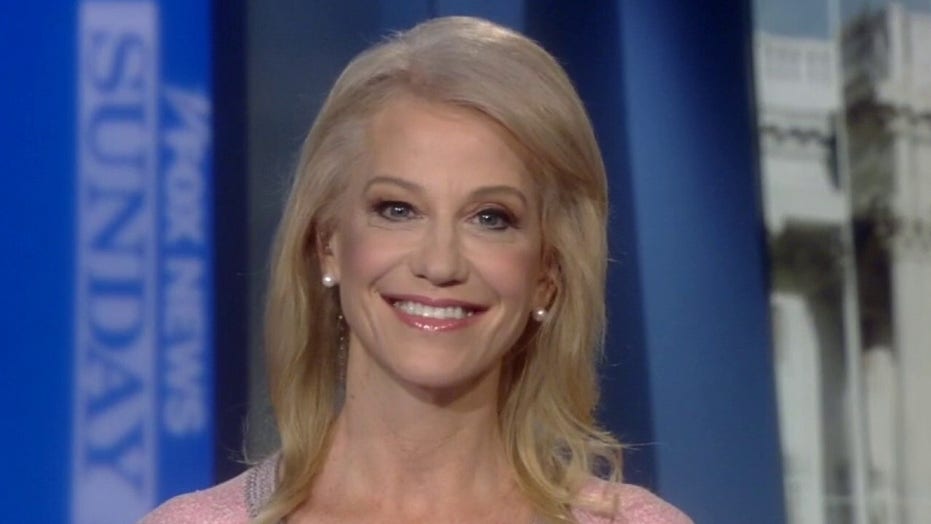 Counselor to President Trump Kellyanne Conway joined Democrats in their criticism of Michael Bloomberg, after a Washington Post report detailed allegations of inappropriate comments toward women and discrimination within the presidential hopeful's media company.

The report described allegations from lawsuits and depositions against Bloomberg, as well as witness interviews, that described misogynistic remarks and a "pattern and practice of sexual harassment, sexual degradation of women and discrimination." Conway said Bloomberg should have to answer for this during his campaign.

"The comments he’s made about women, the lawsuits, that is all fair game," Conway told "Fox News Sunday." Among the allegations against Bloomberg was an incident where a female employee announced she was pregnant, and Bloomberg allegedly reacted by saying, "Kill it!"

When asked about Trump's own history of remarks, including those in a now-infamous "Access Hollywood" tape, Conway said Bloomberg's alleged statements were "far worse."

"The way Michael Bloomberg treated employees, female employees … who were relying on him for their livelihood, for their health benefits, for their 401ks, to have created that kind of culture, that unsafe workplace, to feel that you’re being harassed because of your gender, that is problematic, and I think you’re going to hear more of it," Conway said.

Conway contrasted this with her own experience working for President Trump.

Earlier in the conversation, Conway addressed problems Bloomberg is facing due to an audio recording of him defending his "stop and frisk" policy that critics considered to unfairly target minorities.

"The way you should get the guns out of the kids' hands is to throw them up against the wall and frisk them," Bloomberg said in 2015.

"The way he feels about people is so demeaning. The policy may have been stop and frisk, but the philosophy was to castigate and denigrate people of color, and it's a disgrace," Conway said.

President Trump reacted to this by tweeting that Bloomberg is a "total racist," despite defending stop and frisk during a 2016 debate. Conway explained that Trump's tweet was him "toying" with people by pointing out that if he had said what Bloomberg said, "everybody would say 'racist, racist!'"

Conway joined Sen. Elizabeth Warren, D-Mass., in blasting Bloomberg for his explanation for the 2008 market crash. Bloomberg had blamed it on the elimination of a discriminatory housing practice known as “redlining,” where banks would refuse credit to people based on where they lived, affecting minorities living in poorer areas.

"The African-American community weren't the perpetrators of that financial crisis," Conway said. Many of them were the victims. What is he talking about?"

Warren chided Bloomberg for this in a recent interview.

"What the mayor is really saying is, this crisis could have been averted if the banks had just been able to discriminate against black and brown people more," Warren said.

Another contender for the 2020 Democratic nomination, Sen. Bernie Sanders, I-Vt., spoke out against Bloomberg at a Democratic party event, Reuters reported. Sanders said that despite pouring large sums of his own money into this campaign, it will not be enough get Bloomberg to beat the president in a general election.

"The simple truth is that Mayor Bloomberg, with all his money, will not create the kind of excitement and energy we need to have the voter turnout we must have to defeat Donald Trump,” Sanders said.

Conway also touched on the Justice Department's recent decision not to pursue charges against former acting FBI director Andrew McCabe, who had been found to have lied to investigators regarding a leak to the press about the investigation of Hillary Clinton's email.

"He will still be a serial liar, whether he's prosecuted or not," Conway said, acknowledging that Trump believes that "Andy McCabe should have been punished."