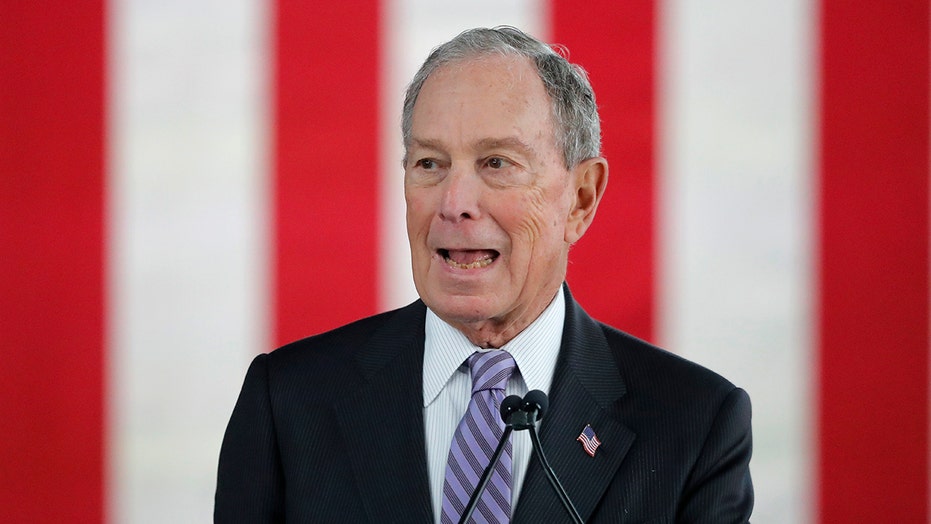 Presidential candidate and former New York City Mayor Michael Bloomberg appeared to belittle both farmers and factory workers in 2016 comments made at a university forum, continuing a trend of old remarks resurfacing to plague the billionaire's bid for the Democratic nomination.

Joining the Distinguished Speakers Series at the University of Oxford Saïd Business School, Bloomberg was responding to a question about whether it is possible to unite people in middle America and the coasts. One of the issues standing in the way of that, Bloomberg said, was the inability of blue-collar workers to adapt to the information economy even if they have their education subsidized.

"The agrarian society lasted 3,000 years and we could teach processes. I could teach anybody, even people in this room, no offense intended, to be a farmer," Bloomberg said. "It's a process. You dig a hole, you put a seed in, you put dirt on top, add water, up comes the corn. You could learn that. Then we had 300 years of the industrial society. You put the piece of metal on the lathe, you turn the crank in the direction of the arrow and you can have a job. And we created a lot of jobs. At one point, 98 percent of the world worked in agriculture, now it's 2 percent in the United States."

Bloomberg continued: "Now comes the information economy and the information economy is fundamentally different because it's built around replacing people with technology and the skill sets that you have to learn are how to think and analyze, and that is a whole degree level different. You have to have a different skill set, you have to have a lot more gray matter. It's not clear the teachers can teach or the students can learn, and so the challenge of society of finding jobs for these people, who we can take care of giving them a roof over their head and a meal in their stomach and a cell phone and a car and that sort of thing. But the thing that is the most important, that will stop them from setting up a guillotine someday, is the dignity of a job"

Bloomberg, who has faced a litany of negative stories in the past week about his past comments regarding women, African-Americans and others, concluded his point, saying, "the problem is not the redistribution of wealth, it is the job where you go in every day."

The former mayor's comments drew the ire of many on Twitter, including the organization "People for Bernie," which is dedicated to boosting Sen. Bernie Sanders, I-Vt. and began before the senator announced his candidacy.

"Time and again we see Bloomberg insulting the middle class and the working class, union members and not yet union members," the organization tweeted. "Maybe it's time for pundits to stop pretending he's just another candidate. Bloomberg is an oligarch spending his play money to buy the White House."

In a statement on the video, Bloomberg campaign spokesman Stu Loeser accused Trump allies of taking the video out of context. While shorter clips of the speech were circulating on social media, Fox News reflected the full context of the video in this report and the full talk is embedded above.

"The Trump team cut off the first part of Mike's sentence where he said 'if you think about the agrarian society [that] lasted 3000 years, we could teach processes,'" he said. "Mike wasn't talking about today's farmers at all, and Team Trump is deliberately misleading Americans because Donald Trump’s erratic policies have devastated American farms, including a 20% increase in US Farm bankruptcies last year."

The Bloomberg campaign's statement, however, does not mention that he was talking about educating modern farmers for a modern economy in the video and does not address his comment on farmers and factory workers needing more "gray matter" to do jobs in the information economy.

Trump campaign communications director Tim Murtaugh also denied circulating edited clips of the remarks, saying in a statement: “No, but it’s enlightening to know how much disdain he holds for farmers and factory workers. He’s flattering himself if he thinks we’re paying that much attention to him. He’s got a bunch of other Democrats to worry about, and besides that,  his worst enemies are himself and his public record.”

"I bet Mike Bloomberg could not even change a tire on his car, let alone deal with the myriad of issues farmers deal with on a daily basis. Bloomberg's comments about the intelligence of farmers are ignorant, derogatory, and small-minded," Keller said. "Unlike Mike Bloomberg, President Donald Trump has stood up for Pennsylvania's farmers and hardworking individuals across our nation. Thanks to President Trump's Administration, 17,000 Pennsylvania agricultural jobs will benefit as a result of the United States-Mexico-Canada Agreement and better trade deals with countries like China."

In another moment during his Oxford remarks, Bloomberg implied that more intelligent people are more likely to believe in individual rights.

"We, the intelligentsia, the people who could make it in this room," Bloomberg told the Oxford crowd, "We believe in a lot of things in terms of equality and protecting individual rights that make no sense to the vast bulk of people. They're not opposed to the idea of you having some rights, but there's a fundamental disconnect between us believing the rights of the individual come first and the general belief around the world, I think it's fair to say, that the rights of society come first."

Bloomberg, who has made clear he is willing to spend $1 billion or more on his presidential campaign, is counting on his advertising advantage to put him over the top in Super Tuesday states after deciding to skip Iowa, New Hampshire, Nevada and South Carolina.

That strategy appears to be making at least some progress, as Bloomberg registered at 10 percent in the latest national Fox News poll after entering the presidential race late and missing every debate so far. And he has appeared to make even more progress since that poll's late-January release, checking in at third place nationally with 14.2 percent in the RealClearPolitics national average of polls.