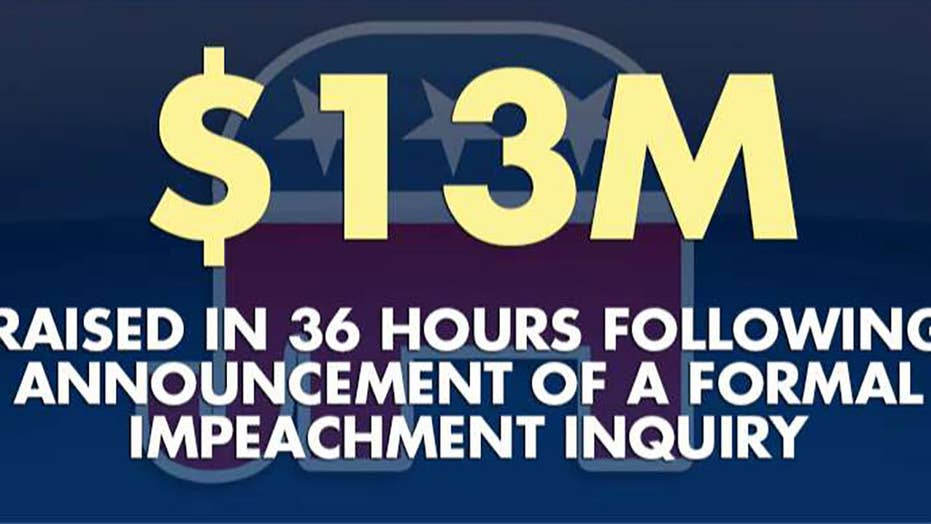 RNC Chair Ronna McDaniel says the Trump voter base is energized because they feel like Democrats are trying to 'nullify' their votes.

President Trump and the Republican National Committee's fundraising numbers during the past couple of weeks, marked by the impeachment inquiry, show Democrats' efforts are backfiring with voters, RNC Chairwoman Ronna McDaniel said Friday.

The president's 2020 campaign and the RNC just announced a $13 million fundraising haul that came within 36 hours of House Speaker Nancy Pelosi's inquiry.

Appearing on "Fox & Friends" with host Brian Kilmeade, McDaniel said: "What this dollar figure shows is the energy with our base is strong. They recognize that Democrats are trying to nullify their votes. And, it is just bringing in so much enthusiasm, but also financial support for the president, which is allowing us right now to attack Democrats in their home districts."

"They've been trying to impeach this president since day one. Democrats have never accepted the results of 2016," said McDaniel. 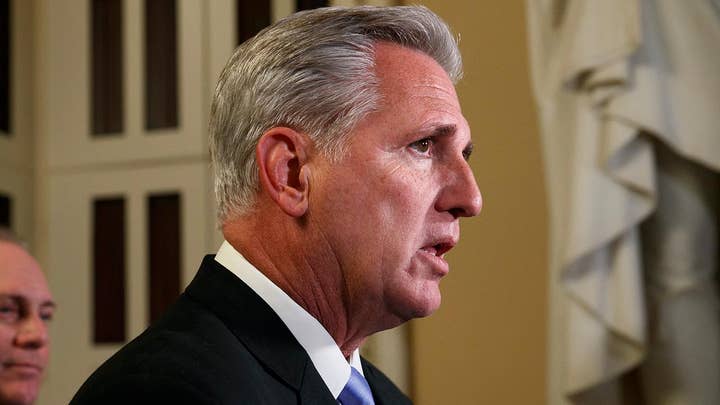 During the third quarter of this year, President Trump and the RNC brought in a whopping $125 million in fundraising. The 2020 campaign's fundraising arm said Tuesday that it has raised more than $308 million in 2019 and has more than $156 million in the bank.

Former President Obama and the Democratic National Committee raised just over $70 million in the third quarter of 2011.

2020 Democrats are also putting up big fundraising numbers, but not quite as large as the president's campaign.

Vermont Sen. Bernie Sanders hauled in $25.3 million during the third quarter of fundraising, up more than $7 million from his second-quarter figures.

Additionally, South Bend, Ind., Mayor Pete Buttigieg's campaign reported Tuesday that they raked in $19.1 million over the past three months. However, that figure was down from the $24.8 million he brought in during the second quarter.

"The money coming in for this president is showing that we are well ahead. People know their lives are better and they are willing to put their money behind it," she told Kilmeade.

McDaniel said that the Democrats have "done nothing since the president has gotten elected," pointing to the USMCA trade deal and that she's not worried about their campaign.

"And, when it's only down party lines and Democrats from day one have refused to work with this president," McDaniel said, "I think Americans are saying, 'Enough is enough. Why don't you get to the negotiating table and work on our behalf, instead of trying to negate the votes of 63 million Americans?"