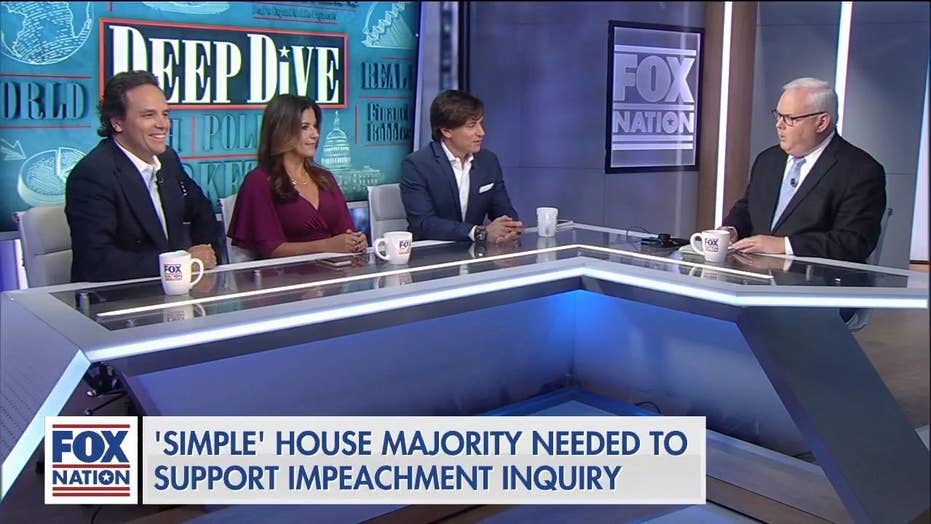 Pelosi dodged a critical question on impeachment today: Here's why

Ahead of closed-door Congressional testimony by the former U.S. special envoy to Ukraine, the top Republican on the House Foreign Affairs Committee dismissed the legitimacy of the Democrats’ impeachment inquiry.

In a letter to House Foreign Affairs Committee Chairman Elliot Engel. D-N.Y., ranking Republican member Michael McCaul, R-Texas, wrote, “There is not a ‘House of Representatives impeachment inquiry.' Official impeachment inquiries are initiated by the adoption of a House resolution empowering or creating a committee or task force to undertake such activities.”

The House has not voted to take up a formal impeachment proceeding. On September 24, House Speaker Nancy Pelosi, D-Calif., declared that House Democrats would undertake an impeachment inquiry of President Trump, without putting the question up to a vote in the House of Representatives.

McCaul's letter came hours before Kurt Volker, the ex-Special Envoy to Ukraine, is set to be deposed in private by the House Foreign Affairs Committee.  Volker resigned his position on September 27, following the release of a White House transcript of President Trump's phone call with the President of Ukraine. 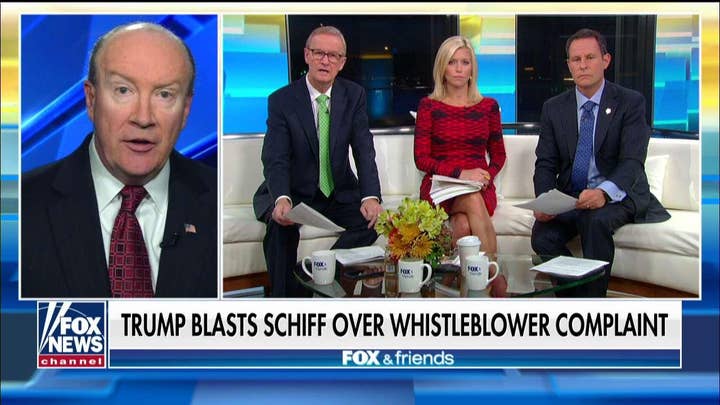 McCaul continued in his letter, writing, “In both the Nixon and Clinton cases [of impeachment inquires], the Judiciary Committee debated and reported a resolution authorizing the Judiciary Committee to investigate whether there were sufficient grounds to impeach the President, which was then debated and voted on by the full House of Representatives.  There have been no such debates or votes in this Congress.”

The legitimacy of the Democrat’s impeachment inquiry was front-and-center during several new shows on Fox Nation, including the latest episode of “Deep Dive.”

Wall Street Journal Editorial Board member Bill McGurn said, “What does it say… that unlike in previous cases, Mrs. Pelosi didn't have a full vote of the House to proceed with impeachment? When Andrew Johnson was impeached... before they voted on the articles of impeachment, they had a full vote of the House. The same happened in the Nixon and the Clinton impeachment efforts. There was a full vote ... and now we have 'no' vote… If we're hearing how serious impeachment is -- what does it say for Mrs. Pelosi to do this in a way that's without precedent? It's just a decree on her part."

"What they’ve done is they’ve handcuffed the Republicans…"

McGurn and his panel also observed that Democrats handling of their inquiry into the president have effectively deprived Republicans of their ability to fully participate in the process.

“We have no vote and that carries some implications because in the last two impeachments… the minority party in 1974, the Republicans and in 1998, the Democrats -- the ranking member was given subpoena power. That’s all been ridden over,” said McGurn.

This same concern was raised by President Trump's personal attorney Rudy Giuliani on an episode of Fox Nation’s “Reality Check with David Webb,” during a discussion of the House Intelligence Committee’s investigation of the president.

“The committee that purports to be… one that is looking at impeaching [Trump] except they never got a vote of Congress, so that deprives Republicans of subpoena powers. See what they did? How unfair it is – on purpose by Nancy Pelosi,” said Giuliani.  “So what they’ve done is they’ve handcuffed the Republicans…” 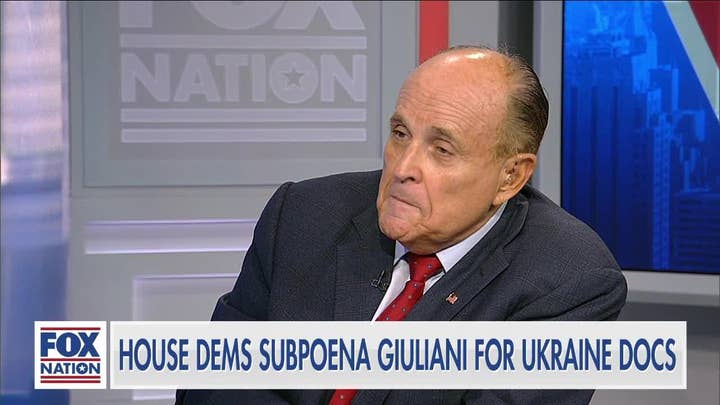 McCaul claimed that Democrats on the Foreign Affairs Committee are now improperly limiting the Republican Party's ability to question Volker.

“[Republicans] were told that only a single Republican professional staffer from the Foreign Affairs will be allowed to attend while the majority will have two.  These constraints on… Republican participation are unacceptable and at odds with House Rules and general fairness,” McCaul wrote in his letter.

He continued, “Impeaching the President is a grave and serious matter for the American people, and they expect fairness and due process by their representatives in establishing the facts.”

On a recent episode of Fox Nation’s “Liberty Files with Judge Napolitano,” a former adviser to President Barack Obama and a Fox News contributor, Robert Wolf, predicted that Pelosi's next move would be to hold a vote in the House on a formal impeachment inquiry -- that prediction was made on September 27. 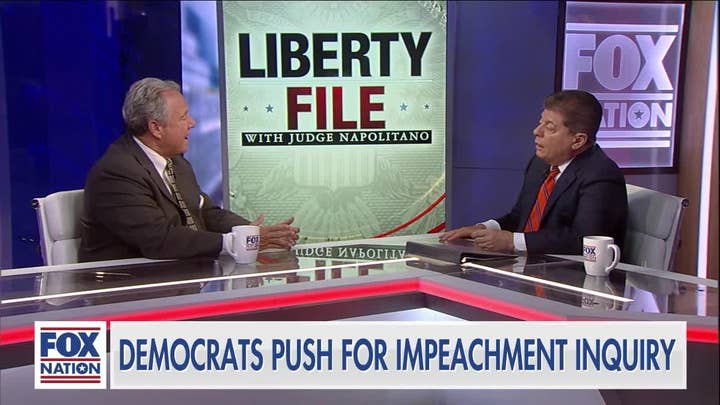 "That's very significant legally,” added Judge Andrew Napolitano, “once that vote is taken a lot of the president's defenses drop. He can't silence witnesses and he has to comply with subpoenas."

McGurn echoed that observation as well, saying, "When you're chairing an impeachment hearing you have access to executive documents -- that you might not otherwise have -- that the executive could keep from you in a normal oversight or legislative hearing."

To see all the latest episodes of "Deep Dive," “Reality Check” and “Liberty Files” visit Fox Nation and join today.