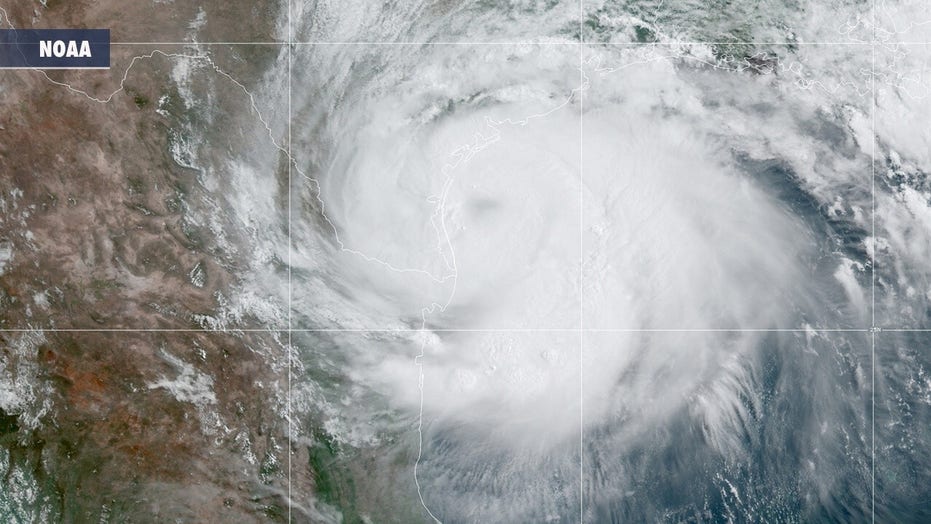 Rick Reichmuth on the latest updates.

In an interview on "Cavuto LIVE," Reichmuth told host David Asman that the center of the storm is probably around 70 miles off the coast and is westward bound.

As of late Saturday morning, Hurricane Hanna had maximum sustained winds of 80 mph (129 kph) and was moving at 7 mph (11 kph).

While hurricanes normally start to pick up around the second week of August through October, Hurricane Hanna -- the first hurricane of the 2020 Atlantic hurricane season -- is already this year's eighth named storm.

"Eventually, it's going to make a little bit of a southwest job, it looks like and will come onshore as a hurricane in the next few hours -- probably by the early afternoon," he said.

"And, somewhere around South Padre Island...But, once you go just to the other side of that barrier island, there's a lot of population that's going to have some pretty big impacts from this," he added. "And, mostly that is going to be some really significant rainfall totals."

The main concern for Reichmuth is the flooding from that rainfall. However, deadly swells and a storm surge of up to five feet were forecast for a stretch of coast south of Corpus Christi. There is also the possibility of a tornado in the same area.

"Some of those totals are probably going to be maybe in some spots toward 15 inches of rain. A lot of areas in the 7-10 inches of rain," he explained. "And, I'm worried that's certainly going to cause a lot of flooding. Flooding will probably be the biggest story for us here."

According to The Associated Press, forecasters also said isolated rainfall totals could reach up to 18 inches (46 centimeters).

That said, Reichmuth noted Hurricane Hanna will likely move "pretty quickly" isolated along the Rio Grande River Valley and "should be done by tomorrow afternoon."

"But, a lot of rain to be had from this storm. And again, David, here we are on our eighth storm. We have a lot of hurricane season ahead. This is also, by the way, a COVID hotspot across parts of South Texas," he concluded. "So, folks have to deal with that in addition to the storm."

While officials assure they are ready for Hurricane Hanna, this marks the first big test of storm season amidst the pandemic.