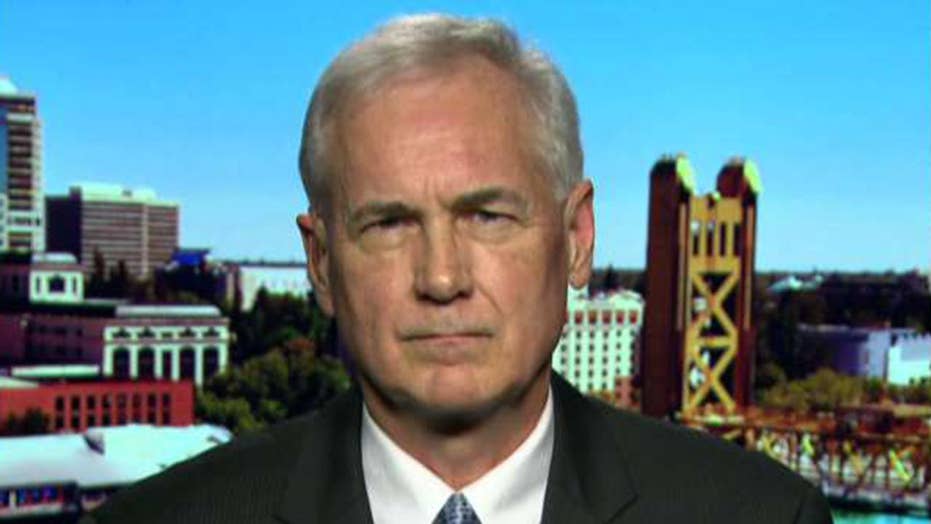 McClintock: Voters who bring up impeachment are mostly frustrated Republicans

California Rep. Tom McClintock on how voters are reacting to the impeachment inquiry.

As House Democrats ramp up their impeachment push against President Trump by scheduling a Dec. 4 hearing by the House Judiciary Committee, Rep.Tom McClintock, R-Calif., said on Wednesday that voters are sensing that the whole process is a travesty.

“It is just the latest in a long series of excuses the left has raised to try to nullify the 2016 election and when you start scratching the surface, there’s no there, there,” McClintock told ‘Your World with Neil Cavuto.”

House Judiciary Committee Chairman Jerrold Nadler, D-N.Y.,  penned a letter to the president on Tuesday announcing the hearing and notifying him of the committee’s intentions to provide him with “certain privileges” while they consider "whether to recommend articles of impeachment to the full House.”

Nadler also asked Trump whether “you and your counsel plan to attend the hearing or make a request to question the witness panel.”

McClintock said Wednesday that the House Democrats are "in trouble."

“We’ve had now two weeks of televised hearings with hand-picked Democratic witnesses," McClintock said. "Public opinion has not only shifted toward them, it is by many polls shifting against them particularly among independents and in swing states like Wisconsin that the Democrats depend upon for maintaining their House majority."