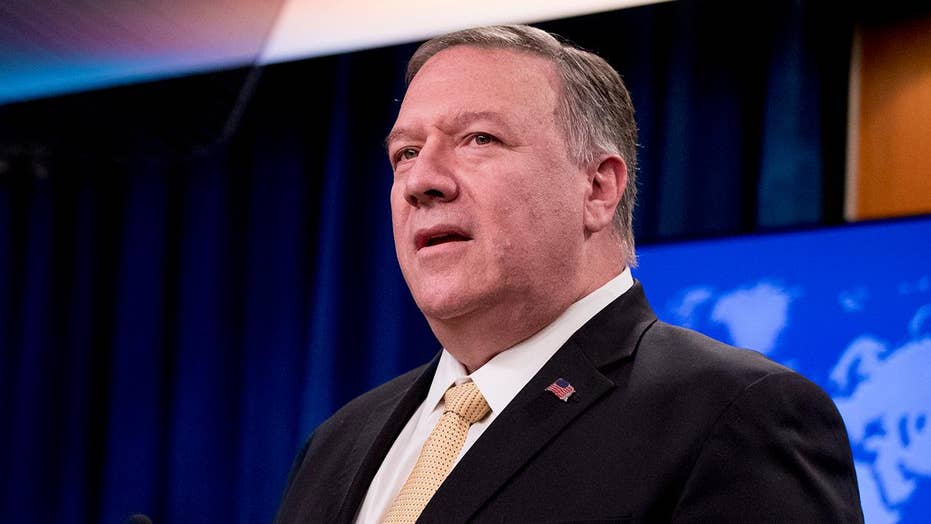 President Trump on Tuesday defended blocking top officials from testifying as part of the House impeachment inquiry, arguing the decision was made to protect the office of the presidency and “future presidents” — even as he claimed he'd otherwise support the testimony.

“The D.C. Wolves and Fake News Media are reading far too much into people being forced by Courts to testify before Congress. I am fighting for future Presidents and the Office of the President,” Trump tweeted Tuesday.

“Other than that, I would actually like people to testify,” he continued.

He claimed that former national security adviser John Bolton, whom Democrats have sought for testimony due to his involvement in discussions central to the impeachment inquiry, could actually back his claims. While Democrats allege Trump delayed aid to Ukraine in order to seek the launch of politically advantageous investigations, Trump said Bolton “may know that I held back the money from Ukraine because it is considered a corrupt country, & I wanted to know why nearby European countries weren’t putting up money also” — an argument Trump allies have made.

He added: “Likewise, I would love to have Mike Pompeo, Rick Perry, Mick Mulvaney and many others testify about the phony Impeachment Hoax. It is a Democrat Scam that is going nowhere but, future Presidents should in no way be compromised. What has happened to me should never happen to another President!”

The president’s tweet comes as the House is winding down its impeachment inquiry. House Intelligence Committee Chairman Adam Schiff, D-Calif., who was largely leading the inquiry, said Monday that the panel would be working on its report to transmit to the House Judiciary Committee, which could prepare potential articles of impeachment, after Thanksgiving.

Democrats have subpoenaed top administration officials, including Secretary of State Mike Pompeo, Energy Secretary Rick Perry, and White House acting chief of staff Mick Mulvaney for records or testimony — but the administration has blocked them.

When asked Tuesday about the president's tweet on testimony, Pompeo said cryptically, "When the time is right, all good things happen.”

Top current and former administration officials who testified last week as part of public impeachment hearings suggested that officials like Pompeo, Mulvaney and Perry were involved in efforts to pressure Ukraine to launch investigations of Democrats.

The plot thickened as a federal judge on Monday ordered former White House counsel Don McGhan to comply with a congressional subpoena issued earlier this year in a separate matter.

The White House and McGhan have argued his testimony was protected by executive privilege, and therefore he was not able to testify as part of any congressional probes.

But U.S. District Court Judge Ketanki Brown Jackson ruled on Monday that if he wanted to assert executive privilege to avoid testifying, he would need to appear before Congress and do it himself, on a question-by-question basis.

A senior Justice Department official told Fox News the department would appeal Jackson's decision and seek a stay pending that appeal. The order stirred immediate speculation about the implications for impeachment proceedings.

Should a higher court uphold the ruling, it could set a binding precedent affecting future disputes between Congress and the White House involving executive privilege, which generally allows the president and high-level officials to refuse to answer certain questions that might impair deliberative processes or compromise presidential communications and the separation of powers.

House Democrats, meanwhile, withdrew a subpoena earlier this month for former White House Deputy National Security Adviser Charles Kupperman, less than two weeks after Kupperman asked a federal court whether he should comply with the order. Kupperman, who left the administration when Bolton exited in September, was slated to appear before the House Intelligence, Foreign Affairs and Oversight Committees as part of their impeachment investigation.

On Tuesday, his attorney said in a statement that the McGahn ruling does not affect his situation, and he continues to seek a ruling "resolving the question whether he is constitutionally obliged to obey the House’s demand that he testify or the President’s conflicting demand that he decline to do so."

Fox News’ Gillian Turner and Gregg Re contributed to this report.