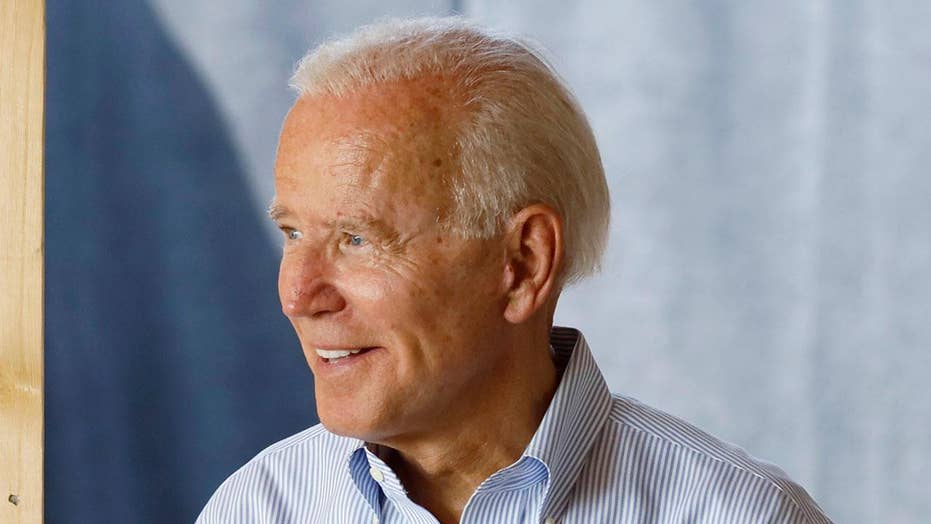 Joe Biden gets defensive about crowd size in Iowa

"What I'm trying to do is go around from town to town and I'm drawing as big of crowds, or bigger than anybody," Biden said in Iowa on Tuesday. "Have you seen anybody draw bigger crowds than me in this state?"

"Yes," Doocy responded before noting that he saw a bigger crowd for Sen. Elizabeth Warren when she visited Des Moines in January.

"The vice president didn't seem to like that because a few minutes later, he singled me out," Doocy said on "Special Report."

Biden told Doocy he was a "big boy" and could handle Doocy allegedly coming after him. "I mean, I know you, I know you're going to go after me no matter what I've got. Yeah, you and it's OK. Good. I'm a big boy. I can handle it," he said.

A recent Fox News poll shows Warren in second place behind Biden among national Democratic primary voters. Though Biden continues to lead the field with 31 percent, the former vice president's lead has shrunk by 10 percentage points from July to August.

Warren’s gains have come at the expense of Sen. Bernie Sanders, I-Vt. The Massachusetts lawmaker is now the favorite among primary voters under age 45 as well as those who identify as “very” liberal. Since last month, Warren is up 12 percentage points among the under 45 crowd, while Sanders has lost 10.

Biden leads Warren among both men (+11 points) and women (+11) and has a 22-point advantage among voters over age 45. Biden also leads Sanders by 17 points among non-white voters and leads Warren by 19 points among the same group.