Top Talkers: The former first family will be bringing a slate of new programming to Netflix, including scripted and unscripted series, documentaries and more; season six is a go for 'Empire.'

Barack and Michelle Obama’s Netflix documentary “American Factory” hits the streaming service on Wednesday and the film is already being slammed as an attack on the current president.

Journalist Ted Johnson labeled it the Obamas’ “first big anti-Trump statement of 2020” in an opinion piece published Tuesday by Politico.

“Its message is clear: Trump’s promise to reinvigorate the industrial heartland is going to take a lot more than a campaign slogan. There are no easy solutions. And if some manufacturing jobs do come back, they’re going to look nothing like they used to,” Johnson wrote.

“Americans will have to accept a new reality to stay competitive in the global marketplace -- one that they might not like, and one that Trump doesn’t acknowledge,” Johnson added. 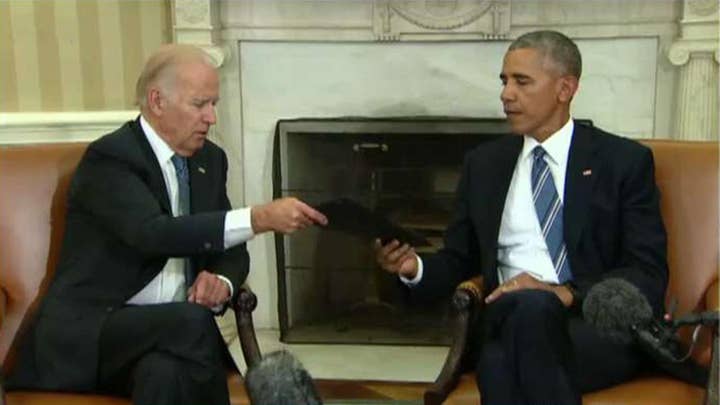 Earlier this year, the Obamas' production arm, Higher Ground Productions, announced a total of seven projects -- both films and series -- that the former president said will entertain but also "educate, connect and inspire us all."

Political satirist Tim Young told Fox News that he isn’t surprised that Johnson would feel the Netflix film takes shots at President Trump, who is not mentioned by name.

“This isn’t even remotely shocking,” Young said. “Did anyone expect the Obamas to produce anything other than anti-Republican propaganda films for Netflix?”

“Did anyone expect the Obamas to produce anything other than anti-Republican propaganda films for Netflix?”

Young, who hosts “No Things Considered,” then joked, “What will their next project be, a film called ‘Keeping My Doctor’ where the government takes over health care and everyone in America is suddenly in perfect health?”

Media Research Center Vice President Dan Gainor told Fox News that “this documentary is the very kind of film liberals want to ban if it comes from the right,” calling it "lefty propaganda" — but he agrees with Young that the hypocrisy shouldn’t come as a shock to anyone.

"How can anyone be surprised that Netflix does a hit job documentary on Trump leading up to the 2020 election? This is the same company that added Obama National Security Adviser Susan Rice to its board of directors,” Gainor said. “Pushing a left-wing agenda should come naturally to them. Maybe instead of making a documentary, Obama might have done more as president to aid industrial workers.”

Conservative strategist Chris Barron thinks President Obama is attacking the wrong politician, but he has a theory on why Obama is going after his successor.

“Given how much 2020 Democratic Presidential hopefuls are trying to distance themselves from Obama and his policies, maybe he should be taking shots at them rather than at President Trump."

“Given how much 2020 Democratic presidential hopefuls are trying to distance themselves from Obama and his policies, maybe he should be taking shots at them rather than at President Trump,” Barron told Fox News.

“The truth is that Obama promised hope and change and never even tried to deliver on either. I can imagine how frustrating it must be for him to watch President Trump do the very things Obama claimed weren’t possible,” Barron added.

Spearheaded by Priya Swaminathan and Tonia Davis, the Obamas launched Higher Ground in an effort to produce a diverse mix of content, which includes a scripted series, an unscripted series, a docu-series, as well as documentaries and features, according to a previous press release from the streaming giant, which announced the multi-year agreement. Netflix acquired “American Factory” from Participant Media out of the 2019 Sundance Film Festival, where it won the documentary directing award.