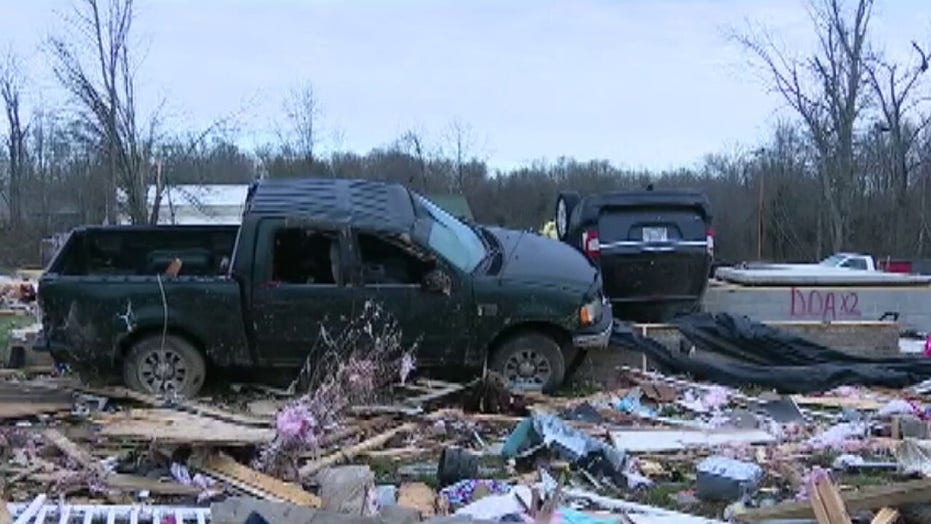 A crane worker was caught on video while he was suspended high above downtown Nashville during the state's deadly tornado system that ripped through earlier this week.

The construction worker appeared to be caught off guard by the storm and was forced to stay on the perilous perch because it would have taken him 15 minutes to climb down.

"There's a real tornado right there, oh my God," he said in the video. "If something happens, make sure everybody knows I love them."

The storm produced at least two twisters that killed 24 in the state and caused significant damage to downtown Nashville. At least three people are still missing.

The tornado in Nashville and Wilson counties had an intensity of EF-3, with winds normally between 136 and 165 mph, according to the National Oceanic and Atmospheric Administration's Storm Prediction Center. Republican Tennessee Governor Bill Lee declared an emergency after the storm and sent the National Guard to help with search and rescue efforts.

“We have made some great progress today,” he said. Police added the search is roughly 90 percent complete.

The storm moved so quickly that some people didn't have time to run away from its path.

"It hit so fast, a lot of folks didn't have time to take shelter," Porter said. “Many of these folks were sleeping.”

One tornado wrecked homes and businesses across a 10 mile stretch of Nashville, including parts of the city's downtown. Another tornado tore through more than 100 structures along a 2 mile stretch in Putnam county -- 80 miles east of the city.

The twister that hit Putnam County was classified EF-4, the second-strongest type, with winds of 175 mph, the National Weather Service said Wednesday evening.

After the extensive damage to the city, officials said they remain hopeful.

“We are resilient and we're going to rebuild,” Nashville Mayor John Cooper said.

Jason Nash, the crane's operator, said it took him 15 minutes to climb down and he's doing well, according to Kentucky's WBKR radio station.