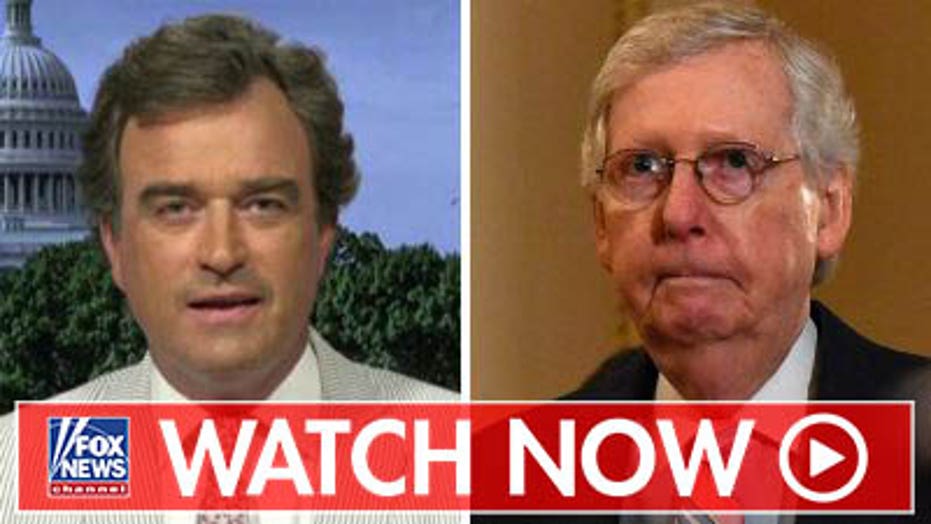 Washington needs a team of psychiatrists to help those transfixed by the Trump-Russia collusion narrative, according to Charlie Hurt.

Washington Post writer Dana Milbank's claim Senate Majority Leader Mitch McConnell, R-Ky., is a Russia asset is hysterical, and those in the media who have repeated the claim are as well, Hurt added Tuesday on "The Story."

"It's kind of comical," he said. "I love seeing Mitch McConnell swing back, and that is a page right out of Donald Trump's playbook: If the media comes at you with this crazy, insane stuff, you come right back at them. This is insanity." 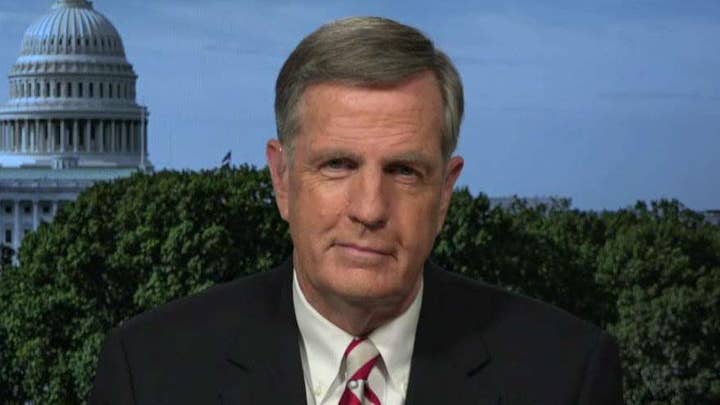 "He is aiding and abetting Vladimir Putin’s ongoing attempts to subvert American democracy, according to the Republican FBI, CIA, DNI, intel committee. All Republicans are all saying Russia is subverting American democracy and Moscow Mitch won’t even let the Senate take a vote on it. That is un-American."

In his interview with Sandra Smith, Hurt claimed the Russia collusion narrative is a "fantasy."

"Now they are running around looking for anybody to pin it on," the Washington Times opinion editor said.

"It's absolutely insane. You need a team of shrinks to come to Washington to deal with these people that actually believe in this stuff."

Speaking to reporters, President Trump blasted Milbank's claims, remarking the Post is more likely the "Russian asset" in the conversation.